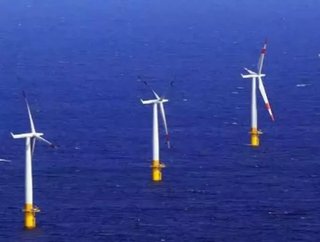 Germany takes on a massive $263 billion renewable energy program, aiming to replace its 17 nuclear reactors with solar and wind power.

Chancellor Angela Merkel has announced plans to build offshore wind farms in an area six times the size of New York City, erecting power lines that could stretch from London to Baghdad. Working on overcoming technical hurdles, Stephan Reimelt, CEO of General Electric Co.'s energy unit in the country, will experiment with new systems and policies in the process.

“Germany is like a big energy laboratory,” Reimelt said in an interview with Bloomberg. “The country has a political and societal consensus to drop nuclear power but lacks a clear technological solution.”

A Nano-Approach to Solar Rivals the Entire Market

In the biggest energy shift in Germany's history since WWII, some of the world's largest renewable energy companies are already on board, including Suntech Power Holdings Co., the world's largest solar panel maker, and Vestas Wind Systems, the largest maker of wind turbines.

As great of a challenge as the project is, it could drastically change the power markets throughout Europe. Since clean energy has a priority over fossil fuels, wind and solar power coming onto the grid will undermine the economics of other sources of energy. If the country succeeds, however, it could serve as a model for countries around the world. If it fails, the political and economical consequences could be detrimental.

Norbert Roettgen is involved in managing the nation's transition in reaching a target of generating 35 percent of its power from renewables by 2020.

“The energy transformation is the biggest modernization and infrastructure project in the coming decade,” Roettgen said in a televised speech on March 11. “Whether other countries follow our model will depend on whether we succeed.”