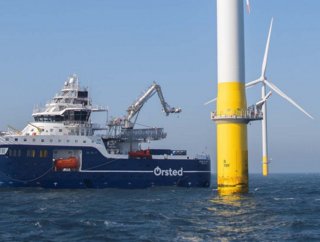 Today is Global Wind Day, a day to reflect on wind energy's power and possibilities in reshaping our energy systems, decarbonising our economies and boosting jobs and growth.

Wind power energy finds wide use in numerous commercial and residential sectors. The cumulative installed onshore and offshore wind power capacity was around 837GW in 2021.

For the first time, global electricity generation led to solar and wind power providing more than 10% of the world’s electricity last year.

The global wind power market size is expected to reach $165.99bn by 2030, according to a new report by Grand View Research.

Global installed wind-generation capacity onshore and offshore has increased by a factor of almost 75 in the past two decades, jumping from 7.5 gigawatts (GW) in 1997 to some 564 GW by 2018, according to IRENA's data.

Production of wind electricity doubled between 2009 and 2013, and in 2016 wind energy accounted for 16% of the electricity generated by renewables. Many parts of the world have strong wind speeds, but the best locations for generating wind power are sometimes remote ones. Offshore wind power offers tremendous potential.

The sites included in the tender will help deliver Poland’s ambition of reaching 11GW of installed offshore wind capacity by 2040.

The Polish part of the Baltic Sea could host as much as 28GW of offshore wind by 2050, according to WindEurope. With decades of experience delivering complex offshore projects in the North Sea, strong offshore wind capabilities, and a significant presence in Poland, Shell could support Poland in realising the potential of its vast wind resources to help transition its energy mix.

Shell has also signed the Polish Offshore Wind Sector Deal, which aims to develop local content in the supply chain supporting the construction and operation of offshore wind farms. Under the Sector Deal, the industry commits to the creation of up to 60,000 direct and indirect jobs in Poland’s wind industry by 2040.

Shell Poland Country Chair, Piotr Kuberka, said offshore wind has a chance to become a cornerstone of both the Polish energy transition as well as energy independence.

"It is equally an important part of Shell’s plans for Poland as we look to expand our lower-carbon businesses and help a range of sectors decarbonise," he said. "By signing the Offshore Wind Sector Deal, we have also committed to working with Polish communities and businesses to bring new high-skilled jobs and help develop local supply chains."

Today, Shell has deployed 844MW and has 3.5GW of offshore wind power generation capacity under construction, and over 16.7GW in the funnel of potential projects across Europe, Asia and North America.

In 2021, Ørsted entered the European onshore market by acquiring Brookfield Renewable Ireland’s onshore wind platform, from which Ørsted is developing high-potential projects that will contribute to the Group’s growth ambitions of approx. 17.5 GW onshore renewable capacity by 2030.

Building on its Irish/UK onshore platform and experience in evaluating European energy projects, Ørsted is now establishing an onshore business in Spain – one of Europe’s largest renewables markets – by entering four partnerships with Glide Energy, Rolwind, ARBA Energías Renovables, and Ereda, respectively, that will support project development and services.

The Spanish government has set out to reach 70 % renewable generation by 2030 followed by 100 % renewable generation by 2050. The country plans to develop 39 GW solar PV, 50 GW onshore wind, 3 GW of floating offshore wind, and 40-60 MW of various types of marine energy by 2030, making Spain an absolute front runner in the green energy transition and an attractive market for developers.

The onshore partnerships follow Ørsted’s announcement in April to explore floating offshore wind opportunities in Spain. The expected presence across technologies will enable the company to provide a full suite of solutions to corporate and governmental customers.

Ørsted is the global leader in offshore wind, constructing and operating wind farms in Denmark, the UK, Germany, the Netherlands, Taiwan, and the US. It aims to install 30GW of offshore wind capacity by 2030.

bp partners with Equinor on US offshore wind projects

bp's strategic partnership with Equinor is developing US offshore wind projects, starting with up to 4.4 GW across the Northeast coast – projects known as Empire Wind (15–30 miles southeast of Long Island) and Beacon Wind (about 20 miles south of Nantucket, Massachusetts).

The agreements with the New York State Energy Research and Development Authority expect that these projects will produce enough electricity to power about two million New York homes and will help generate more than $1bn in economic output to New York State.

The projects include port upgrades to transform South Brooklyn Marine Terminal into a major staging and assembly facility for the industry, as well as an operations and maintenance base for the projects. The partnership will also invest in the Port of Albany, making it America’s first offshore wind tower and transition piece manufacturing facility.