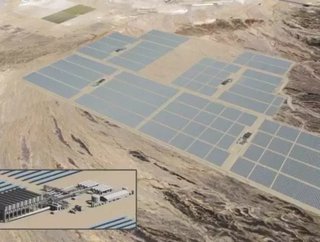 Groundbreaking got underway for the Blythe Solar Power Project this past Friday, marking the official construction of what will be the worlds largest s...

Groundbreaking got underway for the Blythe Solar Power Project this past Friday, marking the official construction of what will be the world’s largest solar power plant.  Located in Riverside County, California, the solar power plant will have an unprecedented installed capacity of 1,000 megawatts of solar thermal power.

California Governor Jerry Brown and Secretary of the Interior Ken Salazar both attended the ceremonial groundbreaking, hinting at the significance of such a massive endeavor.  Projects like Blythe and the much discussed Ivanpah solar power project have California set to be the world leader in utilities-scale solar power.

The project has run into considerable roadblocks on its path toward development, the most notable being the project’s encroachment on the natural habitat of endangered desert tortoise species.  The project’s developers, Solar Millennium responded by funding 8,000 acres of protected land for the tortoises to offset the roughly 7,030 acres to be disturbed by the solar plant’s development.

The Blythe Solar Power Project is to be built in phases, with the first expected to be operational and providing renewable electricity to 300,000 homes by 2013.  While the project ran into some financial difficulties along the way, Governor Jerry Brown assured participants at the Blythe groundbreaking, “We're going to be the world leader in solar energy.  Yes, I vetoed the budget. Yes, we will have fiscal discipline. [But] we can have more wealth if we have the discipline, if we have the imagination and are willing to do the hard work.”