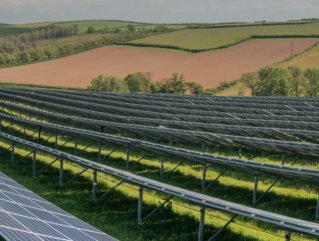 ICG Infrastructure Equity successfully raised €1.5bn in investor commitments in February 2022, attracting commitments from over 40 clients across Europe, the UK, Australia, the US and Canada.

Located in Somerset, BSR was one of the first developers of solar PV in the UK. Since inception in 2011, BSR has successfully developed, built, and operated nearly 1GW of solar and energy storage plants in the UK to help reduce greenhouse gas emissions and has strong expansion plans to build and operate solar & storage assets in the UK.

As part of its new partnership, ICG will support BSR’s growth from a developer to a leading Integrated Power Producer (IPP) within the UK with the aim to have over 1.5GW of renewable capacity in operation in the next 5 years, equivalent to powering 375,000 homes.

ICG Infra has acquired the business from Siem Europe and will become the majority owner of BSR. The current management team will remain as shareholders and will work alongside ICG to develop the current pipeline and business to continue the focus on building high quality renewable energy projects to help the UK achieve its Net Zero emissions target by 2050.

Guillaume d'Engremont, Head of Infrastructure at ICG, said access to renewable energy is an important component of global climate efforts. “We are confident that BSR’s strong management team, robust pipeline of projects and sophisticated operations positions the firm for continued growth and impact.”

Tim Humpage, CEO at BSR, said it will work with ICG Infra to accelerate its development and expand capabilities as it transitions into one of the leading renewable IPP in the UK.

"We are seeing more demand than ever for renewable energy sources, and with the support of ICG Infra, we will be able to scale our business with a shareholder that understands and is committed to funding renewables," he said.

In May, BSR submitted plans for a solar park on land at Rushwall Lane in Redwick. BSR work with landowners, environmental specialists and planning authorities to develop, build, operate and manage solar parks.

It is estimated that the generating station would have an export capacity of up to 75MWp for distribution to the National Grid, and the anticipated CO2 displacement of the proposed site is around 16,000 tonnes a year. To read more about the 10 projects listed on its website, click here.

The need for increased renewable energy is urgent and is in a context of declared national and local climate emergencies.

The UK Government has set an ambitious target of reducing emissions by 78% by 2035.