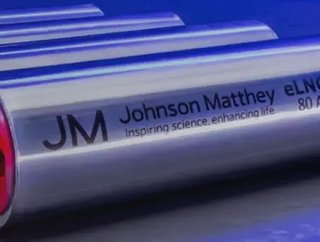 Johnson Matthey has pulled out of the battery materials business, saying inadequate returns do not justify further investment.

It has been working to commercialise its range of high nickel cathode materials, principally for the automotive industry. While demand for battery materials is accelerating, so is competition from alternative technologies and other manufacturers.

"Consequently this is rapidly turning into a high volume, commoditised market," it said in a statement. "In recent months, as Johnson Matthey has been exploring strategic partnerships, it has also become clear that our capital intensity is too high compared with other more established large scale, low cost producers."

The board has therefore decided to pursue the sale of all or parts of this business with the ultimate intention of exiting. It will move swiftly to determine the best outcome for stakeholders and intends to make a further announcement as soon as possible.

Johnson Matthey said it is making good progress in its other growth areas, such as in hydrogen technologies, circularity and the decarbonisation of the chemicals value chain. The company has pledged to invest c.£1bn in the research, development and deployment of clean hydrogen technologies by 2030.

"These are attractive opportunities which we will now accelerate with greater focus and investment," it said.

In addition, in a world that increasingly needs solutions to address the challenges faced by climate change, it will continue to pursue opportunities across other areas that are "closely aligned to our core capabilities".

Robert MacLeod, Chief Executive said: “While the testing of our eLNO battery materials with customers is going well, the marketplace is rapidly evolving with increasing commoditisation and lower returns. We have concluded that we will not achieve the returns necessary to justify further investment. This decision will allow us to accelerate our investment and focus on more attractive growth areas, especially where we have leadership positions such as in hydrogen technologies, circularity and the decarbonisation of the chemicals value chain.”

Robert MacLeod has advised the board of his intention to retire as Chief Executive, and Liam Condon will succeed him.

Asian dominance but European and US potential

The battery is the single most costly part of an EV, currently making up between 35-45 percent of total cost. It is also expected to be the tightest in supply as EV production and supply chains ramp up in the coming years.

Of the 70 announced gigafactories globally, 46 are based in China. Unlike China, Europe does not have a coherent industrial strategy to attract large-scale battery manufacturing.

Locating cell manufacturers close to OEMs in Europe allows for the creation of a research and innovation ecosystem, fostering co-development among players in EV production, cell manufacturing, and upstream materials development and production (including cathodes, anodes, and electrolytes), along with recycling, research, and innovation networks. Battery-cell technology is also developing rapidly.

By 2030, Europe will need 14 times more batteries than it produces today. This is due to the growth of electric mobility and the energy storage market, which requires batteries to stabilise energy systems, especially given the growing share of renewable energy.

ElevenEs, an industrial spin-off of the multinational Al Pack Group, which specialises in aluminium processing and has been operating on the packaging market for 25 years, has developed its own technology to produce lithium-iron-phosphate batteries, which it claims are more sustainable and efficient.

The company, which has been conducting R&D into LFP lithium-ion batteries since October 2019 has just recently opened an advanced research and development centre in Subotica, Serbia.

Lithium batteries can be categorised into two segments, namely, disposable and rechargeable. According to The Insight Partners study on Lithium-Ion Battery Recycling Market Forecast to 2028 – COVID-19 Impact and Global Analysis – by Battery Chemistry, Application, and Geography, the market is projected to reach US$1,392.8 million by 2028, from US$423.6 million in 2021.

In the US, First Cobalt Corp. will change its name to Electra Battery Materials Corporation, subject to shareholder approval. It is currently expanding a permitted hydrometallurgical refinery north of Toronto to produce 5,000 tonnes of cobalt starting in Q4 2022. The company has also been testing black mass feeds from recycled batteries and will be announcing results from test work and engineering studies in the coming weeks.