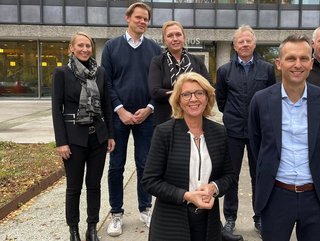 Norwea and Energi Norge have announced a merger of the two entities to form Fornybar Norge – a new, large interest organisation focused on renewable energy in Norway.

The companies said that the merger was approved unanimously following extraordinary annual meetings held by both companies in the week of 24th October 2022. The new entity will be operational from 1st January 2023, it added.

In order for Norway to meet its climate commitments in 2030, the proportion of renewable energy must be up to 80%, it said, in explanation for forming the new organisation.

“With the pace at which we are currently developing renewable energy, it is not just the climate targets that are being missed. The same also applies to the opportunity to create green growth and strengthen the industry's competitiveness. More licences must be put in place quickly, and we need contributions from both water, onshore wind, offshore wind and solar. The time when we discussed which technologies to focus on is over. Now it's time to focus on everything that is renewable,” said Knut Kroepelien, CEO of Energi Norge, the nationwide representative of more than 335 companies within the renewable energy sector.

Fornybar Norge will cooperate with other organisations in the renewable field and formalise its own agreements, the statement continued. This will initially apply to District Energy, the Solar Energy Cluster, the Norwegian Hydrogen Forum, the Small Power Association, and Norwegian Remote Heating, but in the long run, the organisation plans to expand and include more bodies, it added.

“Renewable energy offers fantastic opportunities for Norway. We have the resources, technologies, and expertise to create jobs and green growth across the country based on renewable energy. Renewable Norway's most important task will be to work to ensure that Norway seizes these opportunities with both hands,” stated Åslaug Haga, managing director at Norwea – the Norwegian Wind Power Association.

Speaker for the renewables energy sector

Both Haga and Kroepelien asserted that Fornybar Norge must speak on behalf of the entire renewable industry and provide clear advice to politicians and government. In order to achieve this, they called for close cooperation throughout the entire value chain of the industry.

The board will now decide who will lead the new organisation and how it will be organised, the statement concluded.