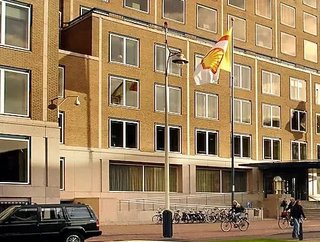 Royal Dutch Shell, the Dutch-British multinational oil and gas company, has announced that its subsidiary Sarawak Shell Berhad (SSB) has taken a final investment decision on the Timi gas development in Malaysia, and that together with its partners PETRONAS Carigali and Brunei Energy Exploration, look forward to delivering the project for the South-East Asian country.

The development features SSB’s first wellhead platform in Malaysia, which is powered by a solar and wind hybrid renewable power system. This unmanned platform is approximately 60% lighter than a conventional Tender Assisted Drilling (TAD) wellhead platform. It will be tied back to the existing Shell operated F23 hub platform via a new 80km pipeline. The project also includes the drilling of two wells.

“Timi, which is powered by a solar and wind hybrid power system, demonstrates Shell’s capabilities to innovate and deliver safe, reliable, and sustainable projects, in line with our commitment to achieve net-zero emissions by 2050 in step with society.

“Shell is pleased to be able to progress this project in a competitive and responsible manner, as part of the vital role Upstream plays in delivering Shell’s strategy and in support of economic growth in Malaysia,” said Wael Sawan, Shell Upstream Director.

Timi is designed to reach up to 50,000 barrels of oil equivalent per day (boe/d) peak production and will evacuate its gas to the F23 production hub via the pipeline while supporting the future growth in the central Luconia area, off the coast of Sarawak, he explained further.

The project will be developed as part of the SK318 Production Sharing Contract with Sarawak Shell Berhad (SSB) as the Operator holding 75% equity. The other two partners are PETRONAS Carigali Sdn Bhd (15%) and Brunei Energy Exploration (10%).

As a pioneer in the development of the country’s energy industry, Shell Malaysia aims to lead the energy transition process by increasing investment in lower carbon energy solutions, while also pursuing competitive and carbon resistant upstream investments.