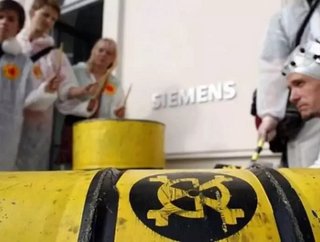 The chapter is closed,&rdquo; says Siemens CEO Peter L&ouml;scher in regard to the companys nuclear energy business. In response to the worlds...

“The chapter is closed,” says Siemens CEO Peter Löscher in regard to the company’s nuclear energy business.  In response to the world’s growing concern over the safety of nuclear power, German-based Siemens will exit the nuclear sector in greater pursuit of renewable energy.

Löscher attributes the company’s decision not only to the Fukushima incident, but more to the German response.  The country, led by German Chancellor Angela Merkel, has banned nuclear energy, strategically closing various reactors with a goal of a nuclear free Germany by 2022.  The country will instead look to renewable sources of energy to fill the power gap.  Considering that Siemens is a German company that has had a hand in developing all of Germany’s 17 nuclear reactors, it only makes sense to follow suit and ditch nuclear for renewables.

"The chapter is closed for us," Löscher said. "We will no longer be involved in managing the building or financing of nuclear plants."

He adds that the decision is in response to “German society and politics' clear position on ending nuclear energy."

Siemens has had a difficult time in the nuclear energy sector this year following an order by an international tribunal demanding the company pay France’s Areva—the world leader in nuclear technology—€648 million ($927 million) for failing to meet contractual obligations in a joint venture that Siemens backed out of earlier this year.

The announcement will inevitably terminate a long-planned joint venture between Siemens and Russian nuclear firm Rosatom to construct 400 nuclear plants by 2030.  However, Löscher did express that he wishes to continue working with the firm in other market areas.

Löscher seems hopeful for the future of renewables and Siemens’ role in bringing these technologies to the forefront.  He states, "Germany's shift towards renewable energies is the project of the century."