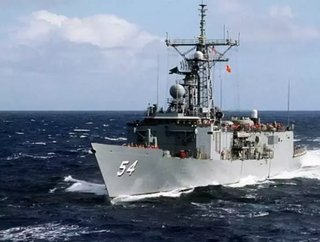 In addition to the Navy's largest-scale alternative fuel demo last November, the U.S. Navy Frigate fleet ship USS Ford just completed a trip from Everett, Wash., down to San Diego in a second demonstration running on the same biofuel.

Using some 25,000 gallons of Solazyme's Soladiesel blended in even proportions with F-76 military diesel, the ship completed a trip of an estimated 1,228 nautical miles, according to charts from the National Oceanic and Atmospheric Administration.

The second successful tour comes after reports from November's biofuel test, in which it was reported that “there was absolutely no difference, whatsoever, in the operation or performance of the ship” using the algae-based fuel. According to Solayzme, the longer voyage from Washington portrayed similar results.

"Feedback from the ship's engineers was favorable; the crew reported that operational performance of the fuel system and gas turbine engines on the 50/50 blend was...comparable to operations on traditional petroleum F-76," Solazyme confirmed in a statement.

By 2016, the Navy has a set goal of deploying a “Great Green Fleet” powered entirely by alternative fuels in addition to reaching 50 percent alternative energy use overall by 2020.