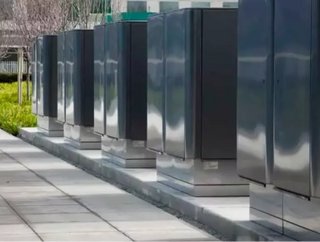 The Bloom Energy server, or &ldquo;Bloom Box&rdquo; as it has come to be known, is a low-cost refrigerator size module that uses solid state fuel cells...

The Bloom Energy server, or “Bloom Box” as it has come to be known, is a low-cost refrigerator size module that uses solid state fuel cells to generate electricity from liquid or gaseous hydrocarbons (typically natural gas).  The product is highly efficient, cheap, and can slash emissions when compared to combusting fossil fuels for energy.  Several major companies have adopted the technology to run branch locations, but AT&T will be the first telephone company to feature the emissions-saving servers.

AT&T will install Bloom Energy Servers at 11 locations throughout California.  The company claims the Bloom servers will help cut its carbon emissions in half and virtually eliminate sulfur, nitrogen and other smog forming particulates from its energy portfolio.

The Bloom Servers will produce approximately 7.5 megawatts (62 million kilowatt-hours of power annually).  That’s enough energy to power 5,600 average homes by comparison.  The servers are expected to be installed by mid-2012 and the deal is one of the biggest in Bloom Energy’s short history.

AT&T claims it will save 250 million pounds of CO2 by switching to the Bloom Energy servers.  As natural gas takes the lead in U.S. domestic energy production, Bloom’s technology is a unique way to reduce natural gas emissions since there is no combustion in the fuel cell reaction.  AT&T is getting smart about its energy consumption.  Too bad Bloom servers can’t do anything to prevent dropped calls.