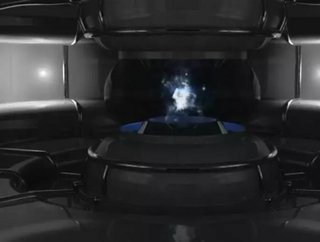 Antimatter is essentially just what its name implies, the opposite of matter. The same researchers running theCERN Large Hadron Collider&mdash;the bigg...

Antimatter is essentially just what its name implies, the opposite of matter.  The same researchers running the CERN Large Hadron Collider—the biggest particle accelerator in the world—have managed to isolate hydrogen antimatter for an unprecedented 1,000 seconds (16 minutes 40 seconds).  The implications are a giant step in human understanding of the elusive energy that exists in a realm opposite to our own everyday understanding of the physical world.

Hydrogen atoms contain one proton and one electron.  Hydrogen’s antimatter counterpart on the other hand contains one antiproton and one positron.  It is like hydrogen’s equal, yet opposite counterpart.  When antimatter comes into contact with regular matter, the result is a self-destructing reaction that releases a burst of excess energy, which could in the future offer energy generation applications for human use.

Antimatter’s energy per unit of mass is roughly 10 orders of magnitude greater than chemical energy like dynamite.  It is about four orders of magnitude greater than nuclear fission, and two orders greater than nuclear fusion.  For example, roughly one kilogram of antimatter coming into contact with one kilogram of matter would release an energy equivalent of about 43 megatons.  The largest nuclear weapon ever detonated yielded 50 megatons of energy by comparison.

Despite the success of the CERN experiment in isolating the hydrogen antimatter for such a long duration, researchers are still faced with one major setback in using antimatter for practical energy generation.  As of now, it requires far too much energy just to produce the antimatter to justify subsequent energy generation as of yet.  However, as antimatter research progresses, this barrier may well be broken, and everything from antimatter power plants to interstellar propulsion systems could be a reality.

CERN researchers created the antimatter in a process that merges cold plasma to create anti-atoms.  Scientists initially created antiprotons and cooled them using cold electron plasma and merged that with prepared positrons.  Superconducting magnets were then used to isolate the antimatter, presumably in a vacuum environment, to prevent coming into contact with matter, which could result in a devastating explosion.  As research continues, antimatter could provide a new type of energy generation to add to humankind’s ever-expanding power portfolio.