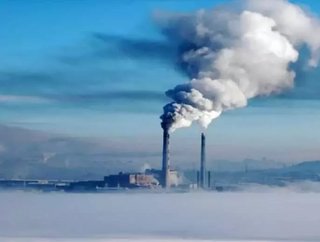 "Smart business owners know that one of the best ways to expand opportunities and bring down costs is to align with a smart and capable partner. That is exactly what California is doing by linking its trading program with Quebec's program," said Susan Frank , Director of the California Business Alliance for a Green Economy. "A larger market both creates greater economic opportunities for California's products and services, and it gives companies under the cap more options for selling, buying or trading allowances."

On Friday, the California Air Resources Board is scheduled to consider updated regulatory language to formalize linking the state's carbon market with Quebec's starting in January of 2014, with the first official joint auction in February of 2014. The two are expected to host a practice auction later this fall.

"The Governor's Office has reviewed Quebec's program and found it to be secure and stringent, like California's," said John Wunderlin , North America lead for Climate Markets and Investment Association (CMIA). "A bigger market should lead to a stronger price signal, improved certainty for businesses making low-carbon investments, and a greater likelihood that other jurisdictions will soon follow suit." Wunderlin facilitates CMIA's North American Policy working group.

Earlier this month, Gov. Jerry Brown approved the plan to link with Quebec after carefully comparing to two systems. The Air Resources Board plans to thoroughly test and evaluate the linking infrastructure prior to January 2014, allowing market participants ample time to raise concerns about potential disruptions.

"Expanding the market will improve liquidity and enhance innovation, helping to drive compliance costs down. In addition, the reductions in greenhouse gas emissions achieved by combining the two programs would also be larger than anything we can achieve through a California-only system," said Mike Mielke , VP for Environmental Programs & Policy, for the Silicon Valley Leadership Group. "While critics try to make it sound risky and mysterious, it's nothing more than expanding commodity sales into new regions."