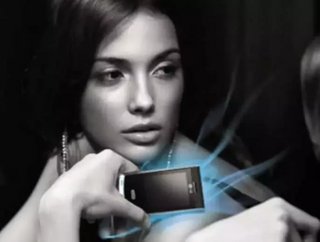 Did you ever have a brilliant idea for the next great invention, only to find that months later someone else makes it first? As a guitar player, Ive b...

Did you ever have a brilliant idea for the next great invention, only to find that months later someone else makes it first? As a guitar player, I’ve been thinking lately about how vibrating strings could potentially generate energy. Well, a team of South Korean engineers led by Dr. Sang-Woo Kim at Sungkyunkwan University’s Institute of Nanotechnology have beaten me to the punch. The device they have created uses microscopic strands of zinc oxide placed between two electrodes that vibrate when subjected to sound waves and thus produce a charge.

In their search for new ways to collect energy from the environment, Kim and his team stumbled upon the idea of sound energy. "This motivated us to realize power generation by turning sound energy from speech, music or noise into electrical power… Sound power can be used for various novel applications including cellular phones that can be charged during conversations and sound-insulating walls near highways that generate electricity from the sound of passing vehicles."

Thus far, the technology is only in its prototype phase and power output is minimal. The Korean team’s prototype has successfully converted 100 decibels of sound into 50 millivolts of electricity. This isn’t enough energy for any practical applications as of yet, but as the technology advances there may come a time when those long phone conversations with your family actually charge your cell phone’s battery!

Kim and his team believe that greater energy output through the sound conversion process can likely be achieved by experimenting with materials other than zinc oxide. "Our current output performance can be applied to various electronic devices with low-power consumption such as self-powered sensors and body-implantable tiny devices. We believe that we can realize more efficient sound-driven nanogenerators.”