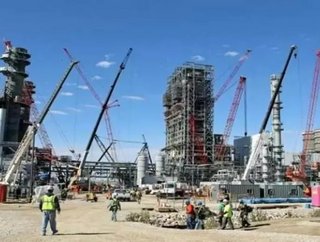 Duke Energy is working on a $3 billion public-private service initiative: converting a 160 megawatt coal plant into a 618 megawatt coal gasification plant that would scrub toxins before leaving its smokestack. Set to materialize in September in Indiana, the initiative is seen as coal's last hope to clean up its CO2 emissions and compete with natural gas.

The President of the company, Dough Esamann, is confident that the project will be the lowest cost energy unit on the system as he will explain in more detail next month at the EnergyBiz Leadership. The company will retire 3,000 megawatts of coal units, replacing them mostly with modern combined cycle gasification.

While coal-fired generation is still an important source of energy in the U.S., the majority of the plants built in the mid 20th century are well past their prime. The roughly 540 coal plants existing in the U.S. today account for almost half of the country's total electricity generation and about a third of all CO2 emissions. Older facilities are in desperate need of an upgrade. The gasification process is expected to increase the efficiencies of older units by as much as 60 percent.

Though skeptics are concerned about the reliability of carbon sequestration, the Obama administration has already allocated some $3.4 billion toward clean coal technologies. The ultimate goal is to perfect coal gasification technologies, converting coal to fuel gases before sulfur, mercury and carbon are removed. The next step is capturing and storing that carbon safely and economically.

FutureGen and Southern Company are working on similar coal gasification efforts in Mississippi and Illinois. If these technologies can prove to be effective on a commercial scale, they may serve to save and maintain coal's spot in electric markets—both in the U.S. and in the global market.