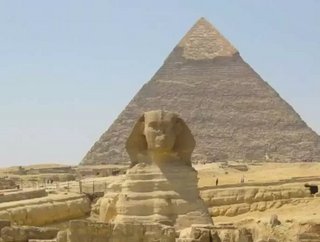 Written by John Shimkus Ancient civilizations may have been much more technologically advanced than we typically give them credit for. Thanks to popula...

Ancient civilizations may have been much more technologically advanced than we typically give them credit for. Thanks to popular television programs like “Ancient Discoveries” and “Ancient Aliens,” archeologists are shedding light to the general public on some unusual technologies dating back thousands of years, showing that ancient civilizations may have actually known how to harness energy! Let’s take a look at some of the most perplexing technologies coming out of the ancient world.

These terracotta pots date back to the Parthian period in Iraq (250 BC to 224 AD) and at first glance appear to be little more than clay containers. However, the presence of copper and iron rods inside the pots allude to them acting as an electromagnetic couple. If an electrolyte, such as an acidic juice like grape juice, were added to the pot, an electrical charge would be generated. Theorists point to evidence of silver objects coated in thin films of gold as evidence for electroplating, which may have been what the Baghdad batteries were used for.

While the majority of pyramids in Egypt are adorned with hieroglyphs, the largest of them all, the Great Pyramid, has none. It is also constructed very differently from the rest, with the central Kings Chamber connecting to small shafts that align with various celestial bodies. Its very existence is an enigma that researcher Chris Dunn believes he has solved. He claims the pyramid may have been a power plant combining the piezoelectric effect (which generates electricity by exposing quartz crystal to high pressure), hydrogen, and electromagnetic resonance (see video for further explanation).

It is often wondered by archeologists how exactly the ancient Egyptians were able to see in the dark caverns of their megalithic tombs, palaces and pyramids. While some argue candles or oil lamps, there is little evidence of soot to back it up. Others claim mirrored copper plates reflected the light, but plates discovered are shown to be too dim to carry light deep into the dark caverns. However, there are hieroglyphs that show what appear to be modern light bulbs, and some fringe archeologists believe that the Egyptians may have had some sort of electrical lighting capacity.

While the validity of the above claims can only be hypothesized, there are plenty of archeologists putting their reputations and life’s work on the line to prove that the ancients knew far more than we give them credit for. Perhaps they even knew about some of the more subtle energies, like cold fusion reactions, the zero-point field, and the Casimir effect, which we are only now starting to rediscover. Who knows? Maybe it is the secrets of the past that will ultimately resolve the energy scarcity problems we are faced with today.