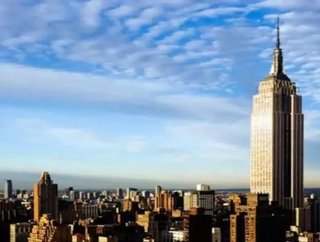 NEW YORK, May 31, 2012 /PRNewswire/ --One year after an innovative building retrofit project, the Empire State Building is ahead of plan and has excee...

NEW YORK, May 31, 2012 /PRNewswire/ -- One year after an innovative building retrofit project, the Empire State Building is ahead of plan and has exceeded its year one energy-efficiency guarantee by five percent, saving $2.4 million and establishing a commercial real estate model for reducing costs, maximizing return on investment, increasing real estate value, and protecting the environment.

"First and foremost, making the Empire State Building energy efficient was a sound business decision that saved us millions of dollars in the first year," said Anthony Malkin of the Empire State Building Company. "We have a proven model that shows building owners and operators how to cut costs and improve the value of their buildings by integrating energy efficiency into building upgrades."

"Mr. Malkin had a vision of bringing innovation to his historical landmark. The results are just beginning to pay off while at the same time creating a new model for the world to follow," said Dave Myers, president of Johnson Controls, Building Efficiency. "It is critical that we tackle the billions of square feet of inefficient office buildings around the world to meet our growing energy needs, save money, create jobs, and reduce greenhouse gas emissions."

The core energy efficiency retrofit at the Empire State Building is complete, with the balance of the project to be finished as new tenants build out high-performance workspaces.  Not only is the Empire State Building more energy efficient, but it is also estimated to have saved 4,000 metric tons of carbon, the equivalent of that offset by 750 acres of pine forests. Once all tenant spaces are upgraded, the building will save $4.4 million a year, a 38 percent reduction of energy use that will cut carbon emissions by 105,000 metric tons over the next 15 years.

"These promising first-year results underscore the impact of this global flagship project, which continues to serve as a model for sustainable climate action, not only for other building owners in New York, but right across the global network of C40 Cities," says Terri Wills, Director of Global Initiatives, C40, in partnership with the Clinton Climate Initiative.  The Chair of C40 is New York City Mayor Michael Bloomberg.

"Our work at the Empire State Building demonstrates that a major reduction in energy usage can be cost-effective in terms of energy savings, and can enhance a building's appeal to high-quality tenants," said Ray Quartararo, international director at Jones Lang LaSalle. "As we continue to work with new and existing tenants, we find that the overwhelming majority of people want to do their part to reduce energy usage while delivering economic returns and occupying an environmentally responsible building."

"The saving achieved by the deep retrofit was due in large part to three factors: Tony Malkin's vision and leadership, a team that could test traditional assumptions, and integrative design, which made bigger savings cheaper than incremental savings," said Amory Lovins, Rocky Mountain Institute's chairman and chief scientist.

The retrofit project focused on eight innovative improvement measures addressing core building infrastructure, common spaces and tenant suites. Improvement measures performed by Johnson Controls and Jones Lang LaSalle included the refurbishment of all 6,500 windows, a chiller plant retrofit, new building controls, and a web-based tenant energy management system. The project partners developed a detailed engineering design and Johnson Controls guaranteed the energy savings through a $20 million performance contract.  With performance contracting, savings in energy consumption from facility upgrades pay for the project over the term of the contract. If the savings are not realized, Johnson Controls pays the difference between the value of the measured and verified consumption and the guaranteed consumption under the contract.

The project has attracted new tenants including LinkedIn, Skanska, LF USA, Coty Inc., and the FDIC. Such tenants look for space that reflects their sustainability values, provides more comfort for employees and allows them to monitor and control their energy use.

To ensure that each energy project resulted in performance improvements as predicted by the replicable project development model, Johnson Controls and Jones Lang LaSalle developed a measurement and verification (M&V) process that included baselining; energy model calibration; updating assumptions regarding weather, tenancy and operational improvements; and actual performance improvements attributable to each project. The annual savings for the project are calculated based on the International Performance Measurement and Verification Protocol - Option D, using a calibrated eQuest energy simulation model.

In the United States, 40 percent of energy is consumed by buildings, according to the World Business Council for Sustainable Development. In dense urban settings like New York City, commercial buildings account for up to 75 percent of energy used. If every commercial building in New York City followed this blueprint, carbon emissions would be reduced by 4 million tons – the equivalent to that generated by a typical coal-fired power plant.