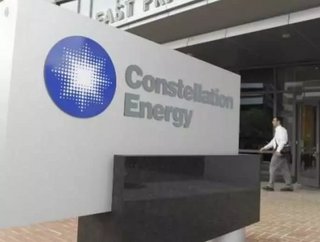 In its efforts to consolidate,Exelon Corphas agred to buy Constellation Energy Group for $7.9 billion. Exelon CEO John Rowe has failed three times in...

In its efforts to consolidate, Exelon Corp has agred to buy Constellation Energy Group for $7.9 billion. Exelon CEO John Rowe has failed three times in the past to acquire a smaller rival. Since 2003, Rowe—the longest serving utilities CEO in the U.S.—has tried and failed to make the acquisition, but now, market conditions seem prime to finally make it happen.

Several similar deals have been taking place in the energy industry as a result of lower power prices and rising costs due to tightened environmental standards.

Constellation shareholders will receive 0.93 shares of Exelon for each share of Constellation. This is estimated to be a 12.5 percent premium over Constellation’s final closing share price.

Constellation, similar to Exelon, operates as a regulated utility and wholesale power provider. However, Constellation also features one of the largest retail power divisions in the U.S.

Constellation CEO Mayo Shattuck cites the acquisition as a way for Constellation—whose retail business has operated on adding generating stations as demand for power grows—to “jump to the endgame,” by merging with Exelon’s wholesale division.

The newly combined company will still be called Exelon and will form the U.S.’s second largest residential electricity and gas company, meeting the energy needs of 6.6 million customers.