GE's New Data Center one of the Greenest in the World 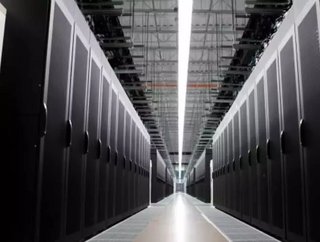 DOWNLOAD THE ENERGY DIGITALiPADAPP General Electric is pushing its green image into the IT realm with the unveiling of its newest data center in Louis...

General Electric is pushing its green image into the IT realm with the unveiling of its newest data center in Louisville, Kentucky (USA).  The facility has earned a LEED Platinum certification, the highest sustainability ranking granted by the U.S. Green Building Council, making it one of the greenest data centers in the world.

Only about 6 percent of LEED rated buildings are awarded Platinum certification, and considering that data centers are notorious for their high energy consumption, this is pretty impressive.  GE’s Appliances & Lighting division opted for high-density computer servers, requiring only half the floor space of the previous facility.  A high-efficiency cooling system adds to a 34 percent energy savings compared to standard buildings.

Water consumption has also been cut in the data center by 42 percent.  GE decided to completely eliminate outside irrigation.

Roughly half of the data center’s building materials were sourced locally, with one-third being recycled materials.  Approximately 85 percent of construction waste was recycled rather than being disposed of in a landfill.

“GE is joining an elite group of LEED Platinum data center around the world,” Rick Fedrizzi, chief executive of the U.S. Green Building Council, said in a statement. “Given the amount of energy data centers consume, achieving LEED Platinum will help GE reduce its environmental footprint while moving the industry forward in its effort to reduce the global environmental impact of IT.”