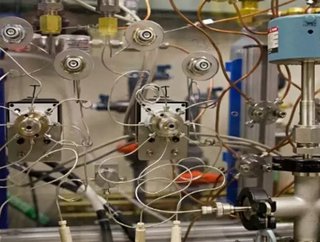 IBM introduces its new breakthrough air-breathing battery fit for an electric car with a whopping 500-mile range—approximately five times the range of current electric cars on the market today.

Considered to be one of the only types of batteries of its kind that could get close to the same energy density that gasoline has. The lithium air battery could have a density of 1,000 watt hours per kilogram, more than double the energy density of some of the most cutting edge lithium ion batteries on the market.

IBM's partners, Asahi Kasei and Central Glass, are developing the membrane technology and a new kind of electrolyte for the battery. IBM's job is to study the simulations of the interactions for the electrolyte using sophisticated computer models on its Blue Gene/P supercomputers.

In the works since 2009, IBM unveils its lithium air battery technology today, expecting it to one day be a commercial product. However, that could be as late as 2030.