Nest Announces Partnership with Utilities to Save Consumers Money 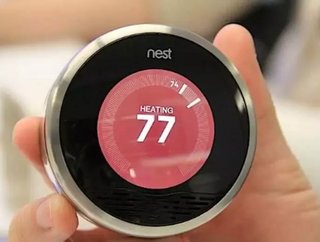 Nest Labs, creators of the Nest Learning Thermostat for the iPod generation, announced new partnerships with energy companies across the US, putting e...

Nest Labs, creators of the Nest Learning Thermostat for the iPod generation, announced new partnerships with energy companies across the US, putting energy saving tools in the hands of thousands of new customers.

NRG Energy subsidiaries like Reliant, Green Mountain Energy, Austin Energy and Southern California Edison will deploy Nest's next-generation thermostats, offering instant rebates to make the pricey devices more accessible to the masses. It will also feature rewards systems to encourage those customers to continue to save more and more money over time, such as Rush Hour Rewards and Seasonal Saving programs. Not only will the refinements in the next-generation thermostats help most customers save 20 percent on energy bills each year, but help take a considerable strain off overloaded energy infrastructure.

“The success of our relationship with Nest and the enthusiasm of our Texas customers for their learning thermostat speaks to the elegant simplicity of Nest, and Americans’ desire to be individually empowered with smarter energy choices,” NRG Energy's CEO David Crane said in a statement. “It is NRG’s goal to deliver innovative energy options like the Nest, and we see this technology as an important step toward remembering how energy is produced and consumed in the American home.”

“Strategic partnerships like this not only bring much needed innovation to our very traditional sector of the economy, but are also a prime example of how we are shifting the focus from what utilities and their regulators want to what our customers need and want,” Crane added.

The Nest is an easy to use device with built-in motion-tracking sensors that detect the presence of people to adjust temperatures accordingly and is smart enough to learn and mimic schedules. It's the only thermostat that essentially programs itself, learning from its users' habits.

Developed by Tony Fadell, aka the “godfather” of the iPod, the Nest was designed to replace the outdated, ugly thermostats with something that makes more sense for consumers in the 21st century.

“It was unacceptable to me that the device that controls 10 percent of all energy consumed in the U.S. hadn’t kept up with advancements in technology and design,” Fadell said in a statement. “We hope it will not only save money and energy, but that it will teach and inspire people to think more about how they can reduce home- energy consumption.”

“By expanding our relationship with NRG, we can continue working together to turn the conversation away from cost alone toward a broader discussion about energy choices,” Fadell said Monday. “Bundling the Nest Learning Thermostat with energy plans was a great first step. Now, the integration of Nest’s new Rush Hour Rewards and Seasonal Savings services promises to spark even more conversations about energy among NRG’s customers.”