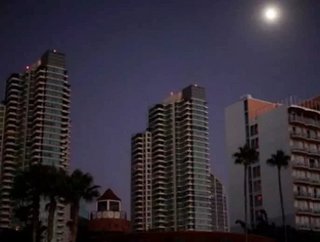 Energy Digital’s corporate headquarters and about 694,000 other energy customers lost power yesterday as San Diego, California, Yuma, Arizona and parts of Mexico experienced a massive blackout.  While it was certainly an unexpected surprise to leave work early, questions loomed in everyone’s minds as to the cause of the blackout.  They are not uncommon in the hot southwest, especially as energy-sucking air conditioners blast during the scorching summer heat.  However, with power resumed relatively quickly, it has come to light that the outage may have been caused by a single man, leading this writer to question the security of the entire grid system.

According to San Diego Gas & Electric (SDG&E), power was restored throughout most of the blackout area by 2:45 a.m., just 11 hours after the outage had occurred.  The San Diego Police Department reported no major disturbances during the blackout.

When word had spread via still functioning cell phones that the blackout wasn’t just isolated to San Diego, but stretched as far north as Orange County and as far east as Arizona, speculation as to its cause ran wild.  Was this the grid-frying X-class solar flare astronomers have been warning us about?  Was it just another rolling blackout caused by excessive energy use during a heat wave?  No… it was a single man and his coworkers that are reportedly responsible for the blackout.

According to Arizona Public Service Co., the outage occurred when an electrical worker removed a piece of monitoring equipment at a power substation in southwest Arizona.  Apparently, as workers tried to rectify the isolated problem, it only exacerbated the issue.

This raises the question of why this vast grid system, which reaches across state and international borders, is capable of being shut down from a single point.  Considering America’s heightened security level as the 10th anniversary of 9/11 approaches, one would assume that the electrical grid of all things would be more robust.  Regardless of the fact that power companies were able to restore power relatively quickly, the blackout was still enough to bring businesses to a screeching halt.  It seems to me that a little more investment needs to be made in upgrading the grid so an isolated incident remains just that… isolated, instead of spreading and affecting hundreds of thousands of people.