BMW i and the race to electric supremacy 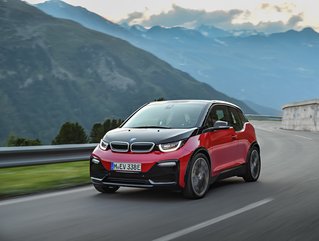 To even the most ardent electric motoring convert, the name Ányos Jedlik may not mean anything. A Hungarian inventor, Jed...

To even the most ardent electric motoring convert, the name Ányos Jedlik may not mean anything.

A Hungarian inventor, Jedlik is widely accepted to have built the world’s first electric car and, given the very recent hype and attention now generated by electromobility, it is somewhat surprising to discover that this was as far back as 1828.

Other electric vehicle contraptions quickly followed, for example in 1830s Vermont, USA, where Thomas Davenport built another electrified car which operated on a track. However, by the turn of the 20th century, public interest had waned, largely due to high production costs and limited research progress, coupled with internal combustion engine breakthroughs championed by the likes of Henry Ford.

Even the attempt by General Motors in the 1990s to revive interest in electric fell away, this after making around 1,000 models with 140 miles of range. However, fast-forward to the rise of Tesla from 2008 and the decade since, and the picture looks more optimistic. Indeed, such is the rapid advancement of battery technology that all major car manufacturers have joined the electric race, and in a big way.

This is no better highlighted than by BMW’s commitment to produce 25 different electric and plug-in hybrid models by 2025. Having quietly worked behind the scenes while the likes of Tesla caught the public eye, the German manufacturer decided to break cover at the Frankfurt Motor Show in September.

“I think we may have underestimated the importance of heavyweight announcements,” reveals Dirk Arnold, Vice President of Product Management at BMW i, the division responsible for all things electric. “I get asked what the next big thing is because we started with the i3 eight years ago, but we haven’t until recently made any really big announcements about it.

“I found it slightly odd that at the major shows in Geneva and Frankfurt the big manufacturers were revealing what they had lined up for five years from now. This never used to happen with internal combustion cars. You don’t usually give away your plans, so for me it was pretty handy to see what all the others are doing. However, we decided at Frankfurt that we had to strike back with our own numbers and ideas, even though we have been working on it for a long time.”

BMW i, what Arnold describes as BMW’s “incubator of innovation”, has a solid base to build from. This year has been a record-breaking one in terms of electric and plug-in hybrid sales, with the 100,000 units mark expected to be hit in December, taking BMW past other manufacturers into the number one spot.

Arnold himself is a “true believer”, driving the urban concept i3 before he moved to BMW i in June 2016.

“As soon as you have tried it, you will never step back to an internal combustion engine car,” he says. “It is a special kind of magic, the acceleration and the silence. There will always be some who don’t enjoy the silence, but I have found it easy to convince people.”

For the time being, at least in a global-scale automotive sense, Arnold finds himself in a small minority of electric car enthusiasts - in 2016, less than 1% of new registrations were for electric cars. However, several national markets are emerging strongly, markets which BMW i has enjoyed considerable success in.

Norway and the Netherlands are particularly fruitful examples, countries that Arnold refers to as rockstars. In terms of volume of models sold, the USA is perhaps unsurprisingly the company’s largest buyer. More surprising is the fact that Malaysia accounts for the fifth-largest number of BMW i sales.

While some markets embrace electric with greater enthusiasm than others, Arnold expects the next 10 to 15 years to be something of a transition phase while manufacturers develop electric solutions to cater for all needs.

“We started with the i3 and an urban mobility concept, which suited the technology available,” he explains. “Obviously, this will not meet the needs of every driver, but in many urban areas where the daily commute is not too far, it is a perfect solution. Now we are offering more than 200km on the i3, and we have plug-in hybrids for those needing to drive longer journeys.

“Battery technology is developing pretty fast and we are now able to fit bigger batteries to bigger cars and offer longer ranges, but I don’t think we will completely replace combustion engines for at least another 20 to 30 years.”

The single-largest barrier to overcome is undoubtedly the installation of adequate charging infrastructure. Entire new ecosystems of charging stations, parking and highways will need building if the mass market consumer is to be swayed, work which requires collaboration between numerous parties from auto manufacturers and governments to energy firms and construction businesses.

Arnold cites Amsterdam and Oslo as pioneering examples to follow, with both cities housing a lot of charging points that remove any range anxieties people living there might have. “A battery with a range of 200km is not a problem here as you can charge pretty much wherever you want – at the office, at home, at the shop, even at the opera,” he adds.

BWM i continues to invest in building such ecosystems. ChargeNow, a BMW company, is the world’s largest electric vehicle charging network with around 70,000 charging stations spread across the globe. A joint venture with Daimler, Volkswagen and Ford is seeing the construction of 400 supersize charging points at key junctures along the major highways connecting European countries.

“These chargers are much bigger than the DC 50kW, we are talking 150 to 350kW which can charge a car in minutes,” Arnold says. “Models that we are releasing in the coming years with longer ranges of 400km-plus will be able to plug into these bigger chargers.”

This will all help combat widely-held concerns over range. Arnold adds: “For the time being, range is the currency with electric mobility. Everybody is talking about it. As an automotive society, we have gotten used to ranges of 600 or 700km, even 1,000km with modern diesels. This is normal - personal mobility is endless.

“Now we are offering a completely new, more unusual mobility. You can still travel long distances, but may have to plan slightly more carefully in terms of where to stop and recharge. However, come the 2020s we will be seeing ranges on electric cars of more than 500km and this will be standard.”

While Arnold’s immediate target for 2018 is to surpass the 100,000-plus models sold this year, what will happen in the 2020s is being defined by the work BMW i is undertaking now.

Driverless technology is developing alongside electric mobility solutions, and combination of the two is inevitable. For BMW, this will arrive as early as 2021 with the global launch of the iNext, but will autonomous capability deliver even further environmental efficiencies?

“First and foremost, we believe the iNext will make mobility safer,” Arnold answers. “Electrification will become the new normal, and BMW i’s next task is to introduce the next step, which is driverless. The iNext will combine the electric drive with level three and level four autonomous driving. Yes, it will reduce the power consumption of the car as it can drive more intelligently and detect traffic situations, but the biggest point will be safety.”

Rolling out a completely safe, fully-electric autonomous car that is ready to integrate into transit systems worldwide in a little over three years appears a daunting task, but Arnold and BMW i by nature must live in the future. “2021 to a person like me feels like the day after tomorrow,” he quips.