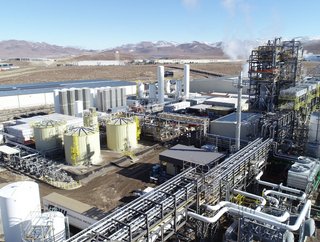 Fulcrum BioEnergy has started initial operations of its Sierra BioFuels Plant, which it claims is the world's first landfill waste-to-renewable transport fuels plant.

The plant, located outside of Reno, Nevada, includes both a Feedstock Processing Facility and a Biorefinery with the capacity to convert approximately 175,000 tons of prepared landfill waste into approximately 11mn gallons of renewable syncrude annually, which will then be upgraded to renewable transportation fuel.

The Sierra Biorefinery is processing prepared waste feedstock and successfully producing the high-quality hydrocarbon synthetic gas, or syngas, which is ideal for conventional Fischer-Tropsch fuel production.

Combined with Fulcrum's operations of its Feedstock Processing Facility, which converts landfill waste into a clean, prepared feedstock, Fulcrum has successfully harvested the carbon embedded in the waste and completed its transformation into a hydrocarbon syngas, while achieving the quality and expected conversion of recycled carbon. Sierra plant operations will now move on to the final step in Fulcrum's waste to fuels process, converting the syngas into liquid fuel.

"This operations achievement at our Sierra plant is a real breakthrough step in making waste to fuels a reality," said Eric Pryor, Fulcrum's President and CEO.

He said it marked a major milestone for our construction management, operations and engineering teams who have worked tirelessly to integrate more than 30 different plant systems in Fulcrum's patented process.

The plant will serve as a launchpad for Fulcrum's large development of plants across the US and internationally.

"Fulcrum's process will produce a fuel that is a cost-competitive sustainable aviation fuel and an alternative to petroleum-based fuel. With a net-zero carbon score and the ability to be produced in large volumes, our sustainable aviation fuel will have an impact on addressing climate change. We are eager to get this fuel into the market and into the hands of our airline partners," added Pryor.

The company's waste to fuels plants will help address two globally critical and urgent environmental issues simultaneously – the reduction of carbon emissions from the aviation industry and the reduction of waste sent to landfills. Producing a net-zero carbon, domestic transportation fuel at scale also will reduce the nation's dependence on foreign oil.

Meanwhile a team of energy industry companies led by SGP BioEnergy have announced the development of what is billed as 'the world’s largest biofuels production and distribution hub'.

Once complete in five years, Biorefineria Ciudad Dorada (Golden City Biorefinery), located in Colon and Balboa, Panama, will be the largest advanced biorefinery and Sustainable Aviation Fuel (SAF) production platform in the world producing 180,000bpd (2.6bngallons per year) of biofuel.

Transportation makes up 27% of greenhouse gas emissions and the only way to decarbonise many sectors – like aviation – is to integrate fossil fuels with compatible biofuels, said Randy Delbert Letang, CEO of SGP BioEnergy.

“This facility not only brings cleaner fuels online in the short term, but its construction at a central hub of global commerce, serving over 1,000 ports, catalyses the industry in the long term by immediately delivering a lower cost of biofuels, reducing waste and revolutionising farm economics.”

Rio Tinto and bp are collaborating on a one-year biofuel trial to help reduce carbon emissions from the mining giant's marine fleet.

Under the trial, bp is supplying Rio Tinto with marine biofuel which will be trialled on Rio Tinto’s RTM Tasman vessel on a mix of Transatlantic and Atlantic-Pacific routes, in one of the longest-duration marine biofuel trials to date (click here). 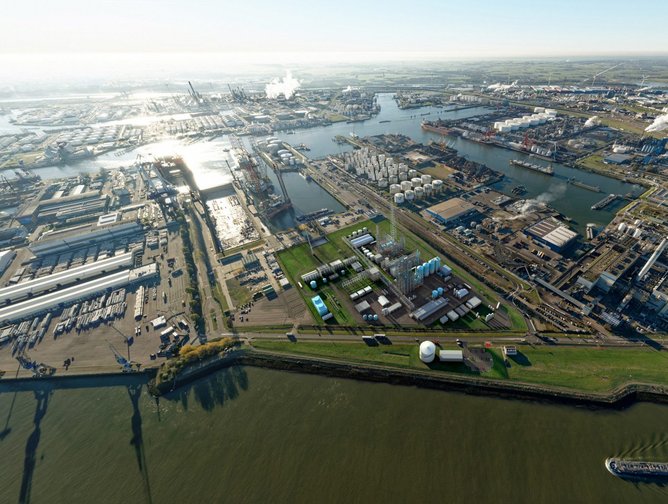 In Europe, GIDARA Energy's next advanced biofuels facility in The Netherlands, Advanced Methanol Rotterdam, will be located in the Port of Rotterdam, and the plant will convert non-recyclable waste into advanced methanol.

Advanced Methanol Rotterdam will achieve a reduction of 350,000 tons of carbon dioxide equivalents (CO2e) of GHG emissions per year, producing approximately 90,000 tons of renewable methanol yearly by converting 180,000 tons of local non-recyclable waste that is currently being incinerated.

The facility is scheduled to start detail engineering and construction in the first half of 2023, when a permit is received, and start production of renewable methanol in 2025.