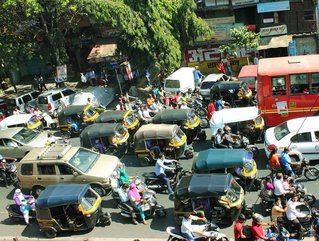 The Supreme Court in India has asked automakers to switch to electric vehicles (EVs), as the nation struggles to reduce diesel pr...

The Supreme Court in India has asked automakers to switch to electric vehicles (EVs), as the nation struggles to reduce diesel prices in a bid to tackle pollution.

The request prompted responses that discovered that as many as 22 new electric vehicles will be brought to the Indian market.

Companies such as Mahindra and Tata Motors are leading the transition and encouraging EV production, the court discovered.

“Electric vehicles are coming in a big way in India. 22 models of various manufacturers will be in the market very soon," a lawyer informed the court.

“Tell your clients (manufacturers) to switch (to electric),” the Supreme Court responded.

The Society of India Automobile Manufacturers (SIAM) argues that there was not enough supporting infrastructure in India to manufacture EVs, nor enough charging points to sustain them.

“All kinds of electric cars are being manufactured in other countries but you are saying it is not possible in the country,” the bench, including Justices Madan B Lokur and U Deepak Gupta, informed SIAM

“You are perhaps not ready to invest money in manufacturing battery-operated vehicles.”

“Ask your client to switch over to manufacturing battery run vehicles.”

“If other companies can manufacture in foreign countries then you can also do it here.”