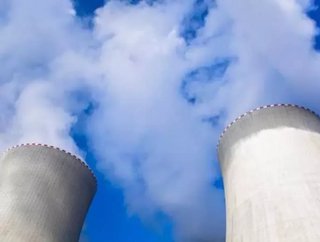 Residents of Perth will have the chance to turn their household waste into electricity now that the States environmental regulator has approved plans fo...

Residents of Perth will have the chance to turn their household waste into electricity now that the State’s environmental regulator has approved plans for the city’s first waste-to-energy plant.

New Energy Corporation, a waste management and energy production firm, intends to take up to 225,000 tons of waste—or roughly 13 percent of material otherwise headed to the landfill—to produce 18.5 megawatts of electricity.  About 2.5 MW would be needed to power the plant, leaving the remaining 16 MW available for export to the grid.  This would be enough to power up to 23,000 homes per year.

The project would be the first of its kind for New Energy Corporation.  It was given the green light by the Environmental Protection Agency but is subject to certain conditions. EPA chairman Paul Vogel said that provided there were tight controls on the type of waste that the plant burned, he was satisfied that it could operate within strict emission guidelines. Dr. Vogel’s findings stem from a 2013 study by the EPA and the Waste Authority on waste-to-energy technology.

“The EPA and Waste Authority’s advice provided to the Minister for Environment last year clearly outlines that in assessing any waste to energy proposal, proponents must demonstrate that the technology components have a track record in waste treatment and are capable of meeting best practice in emissions standards,” Dr. Vogel told Daniel Mercer of The West Australian.

Under the plans for the $160 million East Rockingham plant, waste would be slowly burned in a low-oxygen chamber prior to harvesting the gas generated in the process.  The gas would be burned to produce steam that could be used to generate electricity.  On its website, New Energy has stated that the plant “will become part of the new generation of alternative waste treatment in Perth, and part of the solution for sustainable waste management into the future.”

The EPA had endorsed New Energy’s proposal for a similar $180 million plant in Port Hedland last year, but the Conservation Council of WA was not in accord, saying that their was no requirement established by the EPA for New Energy to separate out key recyclable materials and maximize their recovery.  These materials included products such as plastics, which produce the most energy when burned.  Council director Piers Verstegen stated that he would be opposed to any project that burned materials that would have a higher value if recycled.