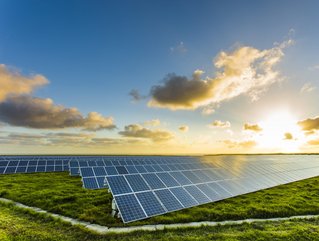 Japanese tech giant SoftBank is planning to develop a $1.2bn solar power plant in Saudi Arabia, according to reports by

Japanese tech giant SoftBank is planning to develop a $1.2bn solar power plant in Saudi Arabia, according to reports by Bloomberg.

The plant is to be located to the north of Riyadh and is set to produce 1.8GW worth of power, Bloomberg reported, citing unknown sources as the plans are still at the preliminary talk stage.

However, this seems to reflect an increasing relationship between SoftBank and the Middle Eastern nation, as well as an increasing focus on renewable energy by the Japanese firm.

In March, SoftBank signed a Memorandum of Understanding to develop 200GW of solar power facilities in Saudi Arabia. Saudi Arabia’s Public Investment Fund (PIF) is the largest investor in SoftBank’s Vision Fund, a $100bn investment fund with a focus on fast-growing technology companies.

Further, last month it was announced SoftBank is working closely with Saudi Arabia’s sovereign wealth fund on a solar project, for which $200bn has been put aside from PIF.

A key element of Saudi Arabia’s Vision 2030 is to diversify the country’s economy and reduce its traditional dependence on oil.