By Darius Tamauskas
May 26, 2022
undefined mins 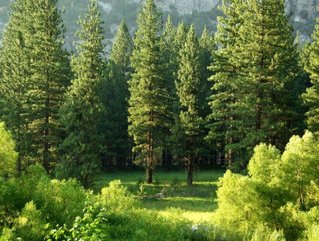 Carbon offsetting is a fairly fresh market, which is yet to implement a solid regulatory framework. As a result, practices are being scrutinised, while irregularities are criticised.

Despite more companies joining this market with the goal of bringing innovation and transparency, many still question the market’s credibility, which has spurred a number of misconceptions.

1: All carbon offsetting credits are the same

The carbon offsetting credit system follows a very straightforward logic - every cubic tonne emitted into the environment has to be compensated with an equivalent unit of carbon offset. This can be done either by planting trees or capturing carbon from ocean and coastal ecosystems (so-called blue carbon).

The unit defined as a ‘carbon offset credit’ gets its value from certification programs such as Verra or Gold Standard. However, due to differences in valuation, the pricing of each credit varies greatly. Also, a multitude of other factors have to be considered, such as the nature of the project, as forestry credits are likely cheaper than blue carbon, and location, as certain areas, may require higher expenditures. Highly tech-driven initiatives may ramp up the price as well.

“When choosing what carbon offsetting credits to buy, one should look for high-quality carbon credits,” advises Tamauskas. “They usually derive from high-quality projects, which can be distinguished by three key criteria. First, a project should be listed on a publicly available registry and each of its carbon credit should have a unique serial number. Second, projects should contribute to more than one UN sustainability goal. It’s also advisable to look for Verra or Gold Standard certified credits, even if their evaluation is not governed - their certificate is better than no certificate.”

Some sceptics juxtapose buying carbon credits with indulgences - a way for polluters to justify pouring waste into the environment under the guise of saving the planet. However, no organization or business can become carbon neutral by simply acquiring a few credits.

According to Tamauskas, buying carbon credits is only a step towards sustainability, and to really address the issue, the company has to set up a carbon offset strategy that would support its efforts reduce CO2 emissions.

“It is important to understand that taking any action to offset carbon requires immense preparation and investment. It's not a practice that a company can engage in when it's convenient - the efforts need to be consistent. Also,  very often offsetting is part of a larger strategy, to mitigate carbon emissions in the business,” he said.

3: Offsetting is only for “big polluters”

Even though big companies are held more responsible for their environmental impact, thus are expected to take action, SMEs could also  have a measurable impact on cutting emissions. While their resources might not be comparable to strong corporate climate pledges, in the long run, each effort adds up, which helps bring tangible results faster.

“Even more so, it’s easier for small companies to engage with local carbon offsetting projects as they are located in the same area. Also, not only companies can benefit from these projects —  local communities can greatly benefit as well, as buying carbon credits from local projects supports their overall well-being,” he said.

Moreover, statistics show that consumers increasingly care about the sustainability of brands and are even willing to pay more for eco-conscious products and services. Thus, any action taken in becoming more environmentally friendly can directly benefit business of any size.

4: It's impossible to ensure transparent offsetting

It is true that one of the major issues that the voluntary offsetting market faces is double accounting, when the same carbon credits are sold twice because there is no one unified registry system. But this status quo is changing.

The issue is already addressed by both entrepreneurs as well as official global organisations. For example, United Nations created REDD+ - an exemplary initiative that aims to bring clarity and transparency to carbon offsetting through a global reporting system.

hold.earth CEO says the goal of transparency goal might be reached faster by utilizing such technologies as blockchain, which is built on a public ledger that shows all transactions, thus, can easily prevent double accounting. “Blockchain ensures all records of carbon credit transitions are accessible anytime. This provides additional value to businesses, as it enables to follow their decarbonization journey and be more involved in the process,” explained Tamauskas, who is also working on developing a blockchain solution for hold.earth.

Lastly, there is a prevalent misconception that carbon offsetting does not make a noticeable impact. It plays a significant role in fighting climate change, however, it is important that the CO2 reductions are "additional", meaning, that they would not have occurred if not for the offset credit market.

Tamauskas elaborates that the devil is in the details - offsetting works but it has to be credible and transparent, which will support the development of high-quality carbon projects.

“We can say for sure that the market still has challenges to solve, and the real impact often depends on a particular project’s quality. That’s why it’s important for companies to seek high-quality carbon credits or even invest and start their own carbon offsetting projects,” says Tamauskas.