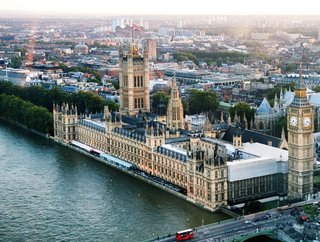 The UK government has announced its 25-year plan for the nation’s future environment protection. The 151-page document f...

The UK government has announced its 25-year plan for the nation’s future environment protection.

The targets also include creating a new green watchdog, improving air and water quality, and minimising greenhouse gas emissions caused by food and drink waste and per capita food waste by a fifth by 2025.

The government has also highlighted the importance of tackling plastic waste, with plans to introduce plastic-free aisles in supermarkets, enforcing the 5p plastic bag charge to smaller retailers, and banning consumer single use plastics from the government estate.

“Our Environment Plan sets out how over the 25 years we will radically reduce the waste that is choking oceans and rivers, cleanse our air of toxic pollutants and create new habits for our most precious wildlife to thrive,” reported Michael Gove, Secretary of State for Environment, Food, and Rural Affairs.

“Through this plan we will build on our reputation as a global leader in environment protection,” Mr Gove added.

“Prime Ministerial speeches on the environment are an endangered species, so it is very welcome to hear Theresa May emphasise the crucial importance of the environment, the number of green jobs, the interdependence of economic growth and environmental progress, and the scourge of plastic waste,” commented Matthew Farrow, Executive Director of the Energy Industries Council.

“The pledge to show international leadership and to ensure Brexit does not lower green standards is already government policy but valuable to hear the PM say it herself.”