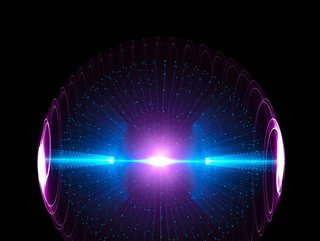 The VERA software product, one which has been in development for almost a decade has

The VERA software product, one which has been in development for almost a decade has been granted its first commercial application.

VERA (Virtual Environment for Reactor Analysis) is described as a ‘stunningly accurate’ package and could soon prove itself to become an industry standard.

The innovation was launched by CASL in partnership with the US Department of Energy (DoE), as well as universities and nuclear power companies, to find common solutions to industry problems and help set better safety and operating procedures.

The recent press release revealed that the Electric Power Research Institute (EPRI), a non-profit organisation focusing on the optimisation of the electric energy sector, has secured the first commercial license for the technology.

Employing state-of-the-art modelling and simulation capabilities, VERA allows nuclear scientists and technicians to improve both the performance and operational lifespan of the reactors they work with.

Aspects of the process that the software can detect include corrosion on fuel roads, departure from nucleate boiling and the performance levels of essential equipment under intense levels of heat and radiation.

A powerful and detailed programme, VERA can replicate extremely minute details and nuanced behaviour within a nuclear reactor.

Discussing the project, Dave Kropaczek, CASL Director, stated that VERA had been developed to answer the industry’s call for a reliable and forward-thinking solution.

“Our partners in the nuclear industry wanted software that was proven and usable, and that’s exactly what we’ve produced.”

A significant moment for nuclear power

“This is a significant moment for CASL and demonstrates VERA’s value to the nuclear industry.

“As we look to execute additional licensing agreements with other partners, it’s important to remember the hard work of hundreds of CASL contributors in making this possible,” Kropaczek added.

Regarding the project’s significance to EPRI’s ongoing mission, Erik Mader, Technical Executive, stated that securing the commercial license for VERA could be decisive in shaping opinions about nuclear’s position as a future leading energy source.