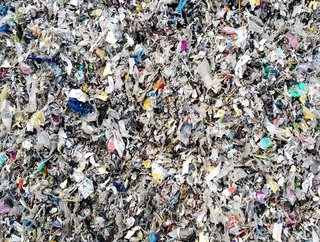 Some of the best utility-based stocks to buy right now are in the waste-to-energy market and it appears the juggernaut won’t be stopping for...

Some of the best utility-based stocks to buy right now are in the waste-to-energy market and it appears the juggernaut won’t be stopping for some time yet.

The market was valued at $20.86 billion (US) in 2015, and that figure is expected to rocket to around $33 billion by 2023 according to the latest analysis by Global Market Insights.

Part of the reason for the market’s success is that it’s good PR for governments and public bodies to adopt more ecologically-sound means of disposing of their waste.  The experts at GSI believe that will drive a continued global growth in the market.

Thermal-based technologies have constituted a sizeable portion of the market’s revenue, and an incineration process based on thermal technology has been widely employed, and those alone could grow to $29 billion over the forecast period.

Europe is leading the way in terms of energy-from-waste market size, with major operating plants in Germany, France and UK and they comprised almost half (47%) of the total revenue share in 2015.

The European Union’s forceful approach in ensuring greenhouse gas emissions from landfills are kept to a minimum may be a factor in why Europe is so keen on the energy-from-waste market. The EU’s Renewable Energy Directive has set a binding target to use 20% of energy derived from renewable sources by 2020 and so that has probably accelerated the growth in the European market.

China, India, Indonesia and Brazil are expected to generate significant amount of municipal solid waste in the coming years so and the report says governments in those are considering investing in waste disposal and treatment techniques and are funding projects based on Public Private Partnerships.

In some communities, waste-to-energy projects are making a huge difference.  Take the metropolitan city of Vantaa in Finland as an example, where the local authority has been able to slash district heating prices for residents thanks to cost savings from its waste incinerator.

The plant there currently produces almost half of the energy the city needs every year and since opening in 2014, it has burned over a million tonnes of waste.

Lassi Kortelainen, district heating service director at Vantaa Energy, told Uutiset: “We have achieved a 95-percent efficiency rate, in other words, almost all of the energy we produce is utilised as district heating and electricity.

“We were able to offer basic district heating to our customers in November and December free of charge.

Good news for the people of Vantaa and yet more proof that waste-to-energy is here to stay.