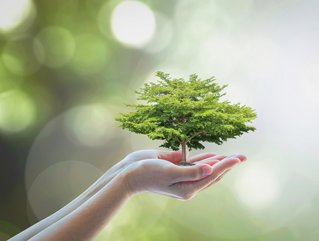 Four leading businesses have joined the Climate Group’s RE100 initiative, a commitment to transition to 100% renewable energy...

Four leading businesses have joined the Climate Group’s RE100 initiative, a commitment to transition to 100% renewable energy.

RE100 is a global corporate leadership initiative set up by the Climate Group alongside the Carbon Disclosure Project (CDP) which currently includes over 140 global businesses. The Climate Group states that the organisations involved have created demand for over 182TWh of renewable energy annually – which is more than the demand created by the likes of Thailand and Poland.

Sony has set itself a target of 100% electricity to be sourced from renewable energy by 2040, and 30% by 2030. It already sources 100% of its electricity in Europe from renewable resources and will now work toward doing the same in North America and Asia, looking to install solar panels on site in Thailand and Japan.

The addition of the new companies was announced as part of this week’s Global Climate Action Summit in San Francisco.

Helen Clarkson, CEO of The Climate Group, stated: “By stepping up and joining RE100, these leading companies are saying loud and clear that 100% renewables are the solution – they reduce business risk and drive down greenhouse gas emissions. By putting renewables at the heart of their business strategies, RE100 members are sending the demand signals needed for national governments to increase their own ambitions on clean energy.

“We are excited to welcome Sony aboard RE100… this is the largest entertainment and technology business in the world stepping up and switching its entire operations to 100% renewable electricity. Sony is at the forefront of cutting edge innovation and is showing the global market that renewable energy is the future.”

Miguel McKelvey, WeWork’s Co-founder and Chief Culture Officer, said of the company’s involvement: “Together with our global community, we are redefining the way we work, live and learn. As globally conscious citizens, we believe that WeWork has a responsibility and an opportunity to create a new forum for discussion and new forms of action. We have committed to making all of our global operations carbon-neutral by 2023.”