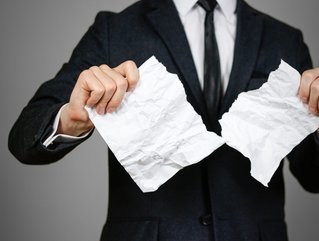 President Donald Trump has confirmed that the USA will back out of the 2015 Paris Agreement, a global accord signed by 195 nations whereby those invo...

President Donald Trump has confirmed that the USA will back out of the 2015 Paris Agreement, a global accord signed by 195 nations whereby those involved agree to contribute towards the ongoing issue of climate change. Trump has stated in the past that he believes climate change to be a hoax created by China, and many members of his administration have also denied any problem.

CBI (The Confederation of British Industry) responded to Trump’s announcement and how it will impact the UK specifically; Michelle Hubert, Head of Energy and Infrastructure, said:

"The Paris Agreement is a climate deal agreed by the world's leaders that puts us on a sustainable low-carbon path and which can provide the framework for business to invest with confidence.

“It’s disappointing that President Trump has signalled his intention to withdraw the United States from the Agreement, but now is the time for governments to affirm their commitment to it by turning global ambition into national reality. By investing and innovating, British businesses will be at the heart of delivering a low-carbon economy, and will want to see domestic policies that demonstrate commitment to this goal.

“As other nations start to play a greater role and increase their ambition, the UK needs a level playing field for carbon costs, so that our energy intensive industries can compete effectively in a global, low-carbon marketplace.”

"If reports that President Trump is withdrawing the US from the Paris climate accord turn out to be true, this decision to satisfy his campaign pledges will go down in history as significantly anachronistic and self-harming.

"At a time when costs in the renewable energy sector are falling significantly and clean tech employment is reaching record levels, the President’s decision ignores the very significant shifts occurring in the global energy system. Combined with other key economies’ desire (notably the EU and China) to accelerate rather than to stop these trends, politically the US will find itself in growing isolation, and face accusations of scientific ignorance and moral irresponsibility.

"Fortunately for the US and the world at large, American businesses, communities, cities and states are already miles ahead in their assessment and responses to the threats posed by climate change.

"Just days after even the shareholders of the world’s largest public oil company ExxonMobil voted in favour of the fossil fuel giant analysing and disclosing the risks it faces due to climate change, so other companies are increasingly integrating proactive responses to climate change in their strategies by setting ambitious science-based carbon reduction targets and aiming to source their electricity almost exclusively from renewable sources.

"Put simply, the commercial and economic opportunities are already changing America’s competitive landscape such that if the White House does withdraw it will be largely seen as an unwelcome irritation, rather than a wholesale shift in the political economy.

"Still, the challenges of a global transition towards a low-carbon economy remain sizeable. American businesses and non-governmental stakeholders should therefore engage with their partners around the world to drive this process and truly live up to the President’s slogan."