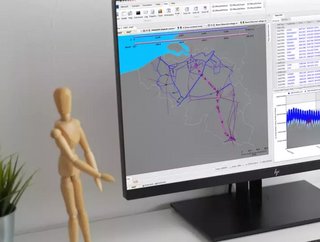 More than ever, we are looking for ways to decarbonise energy systems. Traditionally, energy networks such as electricity and gas were designed to operate independently of one another. Today, these networks are becoming more interdependent or ‘coupled’. The result? A potential answer to solving some of the biggest decarbonisation challenges that we face on the road to achieving net zero.

By strategically coordinating the operations of coupled energy networks, planners could unlock new sources of flexibility in the form of short and long-term energy storage, and incorporate increased amounts of carbon-neutral fuels to decarbonise hard-to-electrify processes, all while meeting policy objectives regarding sustainability, cost, and reliability.

The modeling challenge for energy utilities

But the interdependencies between electricity and gas is just one part of a bigger picture. As our energy system diversifies to accommodate a low carbon future, there will be increased coupling between other energy networks, including heat, cooling, water, and liquid fuels.

Typically, to model different networks in a coupled way requires iterating between two different mathematical models in two different software environments, one for each of the energy networks. Sharing information between the two models is often challenging, fraught with the complexity of navigating between two different database structures. This often results in an infinite loop of manual iterations in which a convergent solution cannot be reached as a result of the bidirectional coupling between the networks. To overcome this, the models need to be brought together in one environment to allow the networks to be modeled simultaneously.

The perfect planning solution should be able to model coupled networks via a single, easy-to-use software platform that captures physical synergies and interdependencies between networks. This ideal tool will help electricity and gas transmission system operators comply with the recent European Parliament requirements, and also allow individual network operators to model scenarios to ensure that they can reliably and cost effectively supply electricity and gas to their customers.

As the climate crisis creates the need to plan for the integration and coordination of new and existing networks, being able to model interdependencies across an entire range of energy networks is essential to achieving decarbonisation.

System-level planning tools which can model coupled energy networks in one platform, such as SAInt, will be essential in supporting planners and operators in transitioning from independently planning and operating their energy networks to an integrated and coordinated future.

Changes aren’t made in a day. The transition to a decarbonised future will likely be difficult and will require new energy planning processes. To achieve a net zero future, planners and operators should consider leveraging the opportunities that lie at the intersection of energy networks.

Carlo Brancucci is Co-Founder and CEO of encoord, a leading energy software company