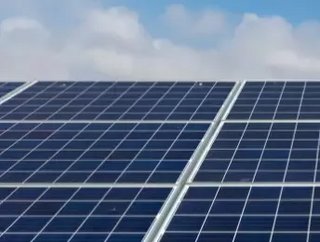 Tim Carter and Helen Martin are Partner and Associate respectively at Stevens & Bolton, the restructuring and insolvency practice. In this column, they reflect on why Bulb Energy entered special administration in November and warn the outlook for consumers does not look promising.

The largest casualty of the ongoing energy crisis, Bulb, was placed into a government-backed energy supply company administration (ESCA) on November 24. This is one of a number of special administration regimes, which modify the standard insolvency regime in respect of certain critical services.

The administrator in an ESCA is required to pursue the objective of ensuring that energy supplies are continued at the lowest “reasonably practicable” cost, until the company is rescued as a going concern, or its customers transferred to different suppliers. The ESCA regime has not been tested before, and its success at protecting Bulb’s 1.6m customers, whilst also offering value for money to taxpayers and industry, will be under close scrutiny.

Energy supplier insolvencies are in most cases dealt with by way of the Supplier of Last Resort (SoLR) regime. This gives Ofgem the power to appoint a SoLR (usually on a consensual basis) to take on the insolvent supplier’s customers via an overnight transfer process. The licence of the original supplier is revoked, allowing it to be placed into conventional administration once the transfer has occurred.

With 24 smaller suppliers having undergone the SoLR process since August this year, industry systems are under some pressure, with more robust suppliers already having taken on a number of new customers.

In Bulb’s case, however, Ofgem determined that applying for an ESCA order was the only practical option, offering the best safeguards for customers. Even if a SoLR with the operational and financial capacity to take on 1.6m customers could be found, a transfer of such size would take some time and put the system under further strain, potentially causing disruption to consumers.

Ofgem had particular concerns in relation to the significant number of Bulb’s customers on a prepayment meter (PPM), who faced the risk of losing the ability to top up their PPM, and therefore having their supply cut off during a SoLR process.

The recent release of court documents filed by Ofgem has lent some controversy to its decision. These documents revealed that the estimated cost of a SoLR in Bulb’s case would have been £1.28bn – compared to the £1.7bn governmental loan which is funding Bulb’s ongoing activities through the ESCA.

However, a pound for pound comparison fails to take account of the many factors at play, including the risks to vulnerable customers referred to above. The government funding, in this case in the form of a loan to be drawn as and when needed, will ultimately be repayable by the industry to the extent it cannot be recovered from Bulb itself.

The UK government has discretion on the timing of such repayments, which may be spread over many years – in comparison with a SoLR, where a claim on the industry levy would fall in the next regulatory year, imposing a large financial burden on an already struggling market.

With no sign of easing in wholesale energy prices, we may well see more insolvencies in the industry, if not perhaps on quite the same scale as Bulb. The outlook for consumers, both in terms of competition and pricing, does not look promising.

The energy supply industry is undergoing a period of reshaping, and we can expect to see fewer, larger players dominating in the future, with a higher bar to entry and potentially greater regulation. In the short term however, finding a resolution for Bulb’s customers, will be a priority – and the ability of the ESCA regime to do so will no doubt inform Ofgem’s decisions in relation to the industry’s future failures.