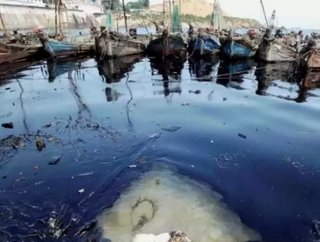 In June, ConocoPhillips was responsible for 3,200 barrels of oil and drilling fluids spilling into Chinas largest offshore oil field, Pengai 19-3, in t...

In June, ConocoPhillips was responsible for 3,200 barrels of oil and drilling fluids spilling into China’s largest offshore oil field, Pengai 19-3, in the Bohai Bay.  The spill spread over 324 square miles.  Now, the Chinese maritime authority is seeking damages, and suing ConocoPhillips for the spill.

China’s State Oceanic Administration is setting up a team of lawyers, to be ready by the end of the month, to sue for compensation.  Apparently 49 Chinese law firms applied for the coveted opportunity to go after such a high profile multinational.

The Pengai field was codeveloped by both China National Offshore Oil Corporation (Cnooc) and ConocoPhillips, who serves as oprator.

Chinese citizens are expressing outrage at both ConocoPhillips and the Chinese government for not taking more action nor disseminating the facts of the spill to the public more openly.  What’s worse, PetroChina’s activities in the region led to a similar spill just one year earlier at a port facility in the nearby city of Dalian.  Oil from the most recent spills has reportedly been washing up on beaches in the nearby provinces of Hebei and Liaoning.  Locals blame the spills for a slowdown in local tourism and negatively affecting aquatic farming industries.

“As far as compensation goes, we will listen to any requests and follow Chinese law, but we have not received any notification of claims,” says ConocoPhillips spokesman John Roper.  “Cleanup efforts are going very well. We are more than 95 percent finished with the cleanup of mineral oil-based drilling mud, and expect to reach our target of being 100 percent by the end of August.”

“If Cnooc is ruled to pay any form of compensation, we will certainly fulfill our commitment and do the right thing,” adds Cnooc chairman Wang Yilin. “Cnooc is a responsible company and we honor our long-term commitment to the country, people and the environment.”

China is reportedly going about legal proceedings for the case very carefully.  While the country wishes to set a precedent to show that foreigners doing business in China must comply with Chinese law, they are also hesitant to act too harshly and scare away foreign energy investment.  It will be interesting to note how this all plays out over the next several months.