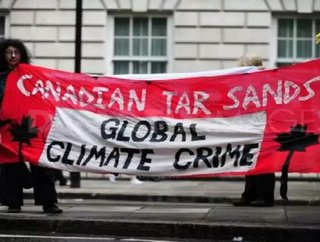 The EU oil sands debate continues after a committee failed Thursday to reach a definite decision on labeling oil derived from oil sands as worse than c...

The EU oil sands debate continues after a committee failed Thursday to reach a definite decision on labeling oil derived from oil sands as worse than crude oil for climate change. In the decision to label it as worse, Canada—a global leader in oil sands production—has threatened to take the EU to the World Trade Organization.

For now, the proposal will move on to the Council of the EU and is expected to be decided on by June. The European Commission, the executive branch of the EU, believes that science justifies the proposed claims.

The EU's Fuel Quality Directive sets a mandatory target for fuel producers and suppliers to reduce carbon emissions by 6 percent from 2010 levels by 2020. The revision of that proposal would not ban imported oil from oil sands into the EU, but would assign it a larger footprint than average crude oil. Under the proposal, oil from oil sands produced mostly in Canada and Venezuela would be deemed to emit 22 percent more greenhouse gas by weight than average crude.

While the proposal remains at a stalemate, environmentalists are hopeful.

"Intense pressure from the Canadian and oil lobbies means we have missed a chance to keep high-polluting sources of fuels, such as tar sands, out of Europe," Darek Urbaniak, a representative of Earth Europe, said in a statement. "This further delays a decision on tar sands, but could represent an opportunity for a more responsible decision by environment ministers in June."