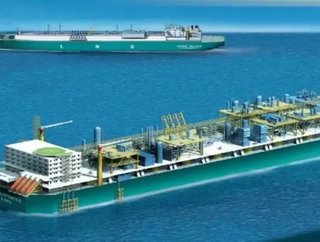 As Australia builds up its liquefied natural gas plants, energy workers are reaping the benefits with the highest salaries in the world&mdash;but not...

As Australia builds up its liquefied natural gas plants, energy workers are reaping the benefits with the highest salaries in the world—but not for long. As the country's resource boom inflates costs and threatens onshore developments, developers are turning to the sea for billions of dollars in savings, reports Bloomberg.

Australia's oil and gas workers currently earn an average annual salary of $163,600—35 percent higher than employees in the US (double the global average), according to Hays Plc and Oil and Gas Job Search.

Shell is pursuing the first LNG facility in the world and Exxon Mobil Corp is preparing to use the world's largest ship to turn gas into liquid at an onshore field, avoiding the cost of pipelines and port facilities. Woodside Petroleum Ltd is looking into sea-based technology, dodging an onshore plant for its Browse project. Both moves is expected to save the companies nearly 20 percent what they would pay onshore.

Many developers are turning to Asian-built floating projects to keep Australia competitive with the suppliers in North America and East Africa.

“A lot of people have been saying Australian LNG is now over, it’s going to be priced out of the market by U.S. LNG exports and competition from Canada and East Africa,” Mark Greenwood, a Sydney-based analyst at Citigroup Inc., told Bloomberg. “In our view, we are going to see continued investment in Australia, just a different sort.”

As the demand for LNG skyrockets, especially in nearby Asian markets, developing Australia's resources is critical in meeting growing energy needs.

“Of the 90 million tons a year of new projects that need to be approved globally in the next three years to satisfy LNG demand by the end of the decade, as much as a third of that may come from proposed floating LNG plants and expansions of onshore developments in Australia,” Neil Beveridge, an analysts at Sanford C. Bernstein & Co, told Bloomberg.

There are currently six onshore projects under construction in Australia, three already operating.