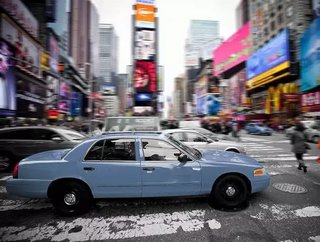 Every year in America’s biggest cities, hundreds of manholes will emit smoke, catch fire, or even explode. According to US utility firm, Con Edison...

Every year in America’s biggest cities, hundreds of manholes will emit smoke, catch fire, or even explode.

According to US utility firm, Con Edison, in New York alone there are more than 2,000 such incidents annually. While only a small fraction of a percent of the total events are explosions, they obviously represent the greatest risk to safety. The cables in New York have a wide distribution of ages from the 1930s through until today, with an average age of about 40 years. Moreover, the CE system is one of the largest underground electrical systems in the US, with more than 90,000 miles of cable and 267,000 manholes and service boxes. To manage this vast system safely and reliably, Con Edison relies on innovation.

The root cause of these events is a combination of ageing power infrastructure, increasing urbanisation and severe weather events. For example, a mixture of melting snow and road salt can wash into manholes, leading to the electricity cables arching. This perfect storm has also been exacerbated by the trend for reactive maintenance, which only solves the issue after something has gone wrong. Traditionally, detection has been carried out manually, but with hundreds of thousands of manholes, it is impossible to do regular physical checks.

The problem has also grown in the UK in recent years where the same causes are starting to make an impact and the number of accidents rising. And the resulting consequences of explosions are not just restricted to lengthy and costly power cuts and damage to property but can also result in deaths from injury or even electrocution. A woman in New York was killed after coming into contact with an electrified metal plate after uninsulated wires carried a charge above ground, because salt, which is a conductor, had been used to grit the roads.

IoT comes to the rescue

At Plextek, we have been working with sensor specialist CNIGuard to develop a solution based on the internet of things.  The system works by monitoring gas, stray voltages, arcing, salinity, temperature and humidity with embedded IoT sensors placed underground. The ruggedised sensors then transmit these signals to a dashboard on a smart phone, laptop or other device via radio, cellular, PSTN, fibre optic or satellite links. The system then uses powerful cloud-based analytics to identify and predict conditions that may result in an incident so preventative actions can be taken to avoid a potential disaster. 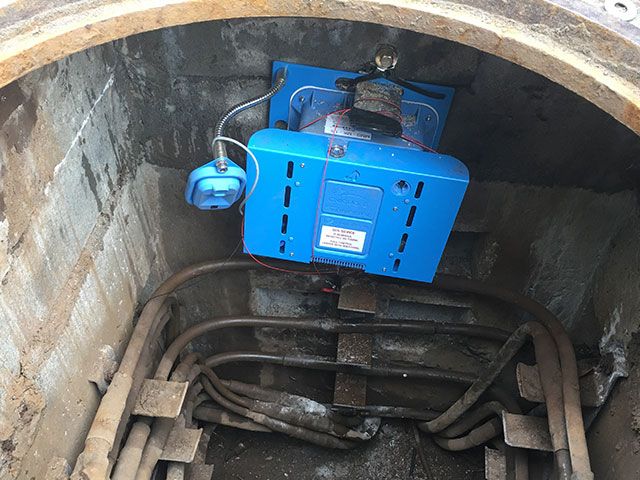 The first system has been installed by Con Edison in New York and by using sensors, the utility company is remotely monitoring gas levels, along with temperature and voltage related to equipment in their underground locations. The staff are able to view data regarding conditions on a daily basis, as well as generate alerts if conditions fall outside of acceptable thresholds.

There are challenges surrounding the monitoring of conditions in underground structures. Rain and debris, as well as the highly conductive salt water in the winter from snow melt, all wash into them throughout the year so the area is wet and dirty and leaves, other debris and rats can cause damage to the sensors. To help mitigate this, the sensors are housed in a shoe box-sized, ruggedised container which also includes a cellular modem, cameras and a battery. It is designed to include temperature, carbon monoxide, accelerometer and pressure sensors, as well as enable the collection of infrared (IR) and visible images. The built in IR camera can pick up hot spots on cables so users know exactly where to repair the structure.

The sensor box is typically mounted on a wall inside the electrical structure, near a manhole’s opening. Once turned on, it begins transmitting a cellular signal and an LED light flashes green to indicate it has connected to the cloud-based server.  It can operate either with battery power, which has a lifecycle of about three years or by harvesting wireless power from the cables.

If any anomalies outside the pre-set condition threshold are detected, the device automatically and immediately sends that data to the server and the utility company is alerted. Users can also access IR and standard camera images to see what is happening underground. The software provides a dashboard offering daily reports, maps and images of the underground tunnels to keep those above ground updated remotely. The additional use of AI and machine learning also enables the technology to enhance the operational predictability of the utility’s infrastructure, acting as a virtual inspection team and reducing the need to send maintenance crews out to physically open up the manholes.

Con Edison is the first utility company in the U.S to deploy the IoT-based solution from CNIGuard and began deploying the sensors in 2017. It has since been expanding the technology to more of the company’s 266,000 manhole covers.

The company’s Stanley J Lewis, section manager for distribution engineering, explained: “The monitoring has been able to indicate to us that a cable or connection is in need of attention or repair. In this way, the technology has helped us to improve system safety and reliability and prevent dangerous incidents, as well as the more common damage that could lead to power outages and reduce the need for costly repairs, by detecting a problem before it can escalate.”

The future of IoT and utilities

There are now plans for utility companies to move forward with the innovation by deploying IoT technology not only underground but also for infrastructure applications such as traffic and street lights, to detect when fixtures may require maintenance. For this, it is important to identify the variety of ways in which these sensors could be powered by wireless energy harvesting techniques, as well as building in safety features. There has been a lot of innovation getting different sensors into a low power system and providing sensor measurements in a low power circuit. If it is possible to develop a version with more cameras there is the potential for similar solutions in other industrial environments, such as gas refineries, as well as for smart cities and overhead lines for railways.

This article was contributed by Richard Emmerson, Senior Consultant, Plextek

Based near Cambridge UK, Plextek designs new products, systems, and services for its clients in a diverse range of industries including defence & security, medical & healthcare, and wireless communications.