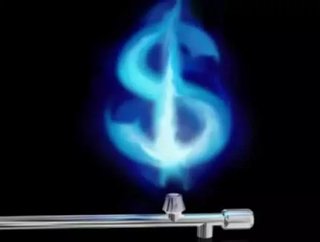 As the nation&#39;s natural gas supplies boom, the price of natural gas has dropped to a 10-year low. Natural gas inventories have expanded more than...

As the nation's natural gas supplies boom, the price of natural gas has dropped to a 10-year low. Natural gas inventories have expanded more than analysts were expecting over the last week, and are expected to continue to grow over the next few months.

Having natural gas prices as low as they were in the 1990s is helping spur more uses of the fuel, which could change the dynamics of the energy industry. Automakers including GM, Chrysler, Ford and Honda have their own versions of CNG-powered vehicles, while Clean Energy is in the process of expanding its natural gas highway of fueling stations across the country. Natural gas is also starting to displace coal in power generation, which has driven coal's share to the lowest since the 1970s.

Democrats Push for Ban on US Oil Exports

The Push for Natural Gas Powered

In just a few short years, the shale boom in the US could potentially turn the US into a major exporter of the fuel. Given current volumes and demand, many industry experts expect to see low prices for natural gas into the foreseeable future, and with the current overproduction, the US may run out of storage room for supplies, which bring prices down further.

Some oil producers are feeling pain in their bottom line, having to cut costs in the face of the shift from oil to natural gas. Coupled with soaring prices of gasoline, natural gas is sweeping the commercial market and may drastically reshape energy in the US over the next decade.