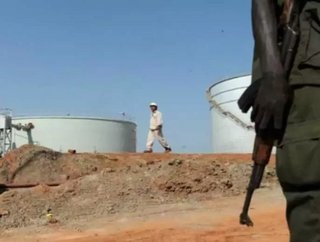 KHARTOUM (Reuters) - Sudan&#39;s loss of billions of dollars of oil revenues will bring down the government as inflation soars, the economy buckles an...

KHARTOUM (Reuters) - Sudan's loss of billions of dollars of oil revenues will bring down the government as inflation soars, the economy buckles and people grow hungrier, opposition leader Hassan al-Turabi said in an interview.

Oil once accounted for 90 percent of exports, but Sudan's economy took a beating when South Sudan gained independence in July and took away most of the known crude reserves.

Citizens have since had to cope with inflation at nearly 30 percent and a rapidly devaluing currency in a country where the economy is already reeling from U.S. trade sanctions and the cost of renewed conflict with South Sudan and rebels.

"Hatred for the regime is intensifying now in the country," Turabi, the leader of the opposition Popular Congress Party told Reuters in a recent interview in Khartoum.

"The economic crisis has intensified and this is very dangerous. If the hungry go out in a revolution, they will break and destroy ... I expect it won't take us long now," Turabi said.

Turabi was one of the most powerful figures in Sudanese politics in the 1980s and 1990s and his comments still attract widespread attention.

But the Islamist and former spiritual mentor to Sudan's President Omar Hassan al-Bashir has seen his influence decline sharply since the two men fell out.

"What Turabi says is not based on reality ... the economic situation is not as bad as Turabi is saying," said information ministry advisor Rabie Abdelatie, adding the situation was much worse in the 1980s.

"There was no infrastructure, no oil, no development, no electricity. There's a big difference."

Recent data have painted a bleak picture of the Sudanese economy.

The loss of oil revenues has left the country with $2.4 billion gap in public finances as well as a trade deficit of $540 million at the end of this quarter, compared to a surplus of $1.7 billion in the same period last year.

The government has also raised custom fees and a social development tax by 66 percent.

"The government is completely broke. If hunger intensifies, people, along with their other reasons for anger ... we are worried that a revolution will come, which will lead to chaos," said Turabi, who has in the past called for the "downfall of the regime" through a popular movement instead of a military coup.

Protests inspired by the "Arab Spring" demonstrations have failed to take hold in Sudan where political expression is severely restricted, but food protests have ended previous administrations in what was once Africa's largest country.

In 1985, all it took was about 10 days of protests against food inflation to topple President Jaafar Nimeiri.

Besides a border conflict with the South, Sudan's army is facing insurgencies from Darfur rebel groups and militias in other border states that it accuses South Sudan of supporting. South Sudan's government denies the allegations.

Sudan lost three-quarters of its roughly 500,000 bpd of crude oil output when South Sudan gained independence in July under a 2005 settlement that ended two decades of civil war.

Turabi said the government's major mistake was in destroying the agriculture sector, which in the early 1990s accounted for nearly all exports.

"It's a stupid policy. All agriculture was killed in Sudan because of oil," Turabi said.