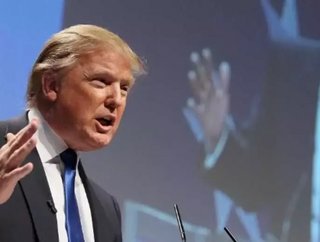 Donald Trump has been making headlines with his early pursuit of the United States Presidency. Real estate mogul and star of the hit reality TV show...

Donald Trump has been making headlines with his early pursuit of the United States Presidency. Real estate mogul and star of the hit reality TV show, “The Apprentice,” Trump is outspoken in his success, and has some pretty interesting ideas as far as United States energy security is concerned.

First of all, thought we were reaching an end to the occupation in Iraq? Not if President Trump is at the helm of the U.S. military. Trump believes, in no uncertain terms, that the $1.5 trillion spent “liberating” the people of Iraq from ruthless dictator Saddam Hussein entitles the U.S. to Iraqi oil (although the 100,000+ Iraqi civilian casualties may have some questioning whether the U.S. is a liberator, or responsible for the biggest war crime on the planet!). Trump plans to use military force to secure Iraqi oil fields and forcefully take Iraqi oil reserves.

In an interview with George Stephanopoulos, Trump explains, “We go into Iraq. We have spent thus far, $1.5 trillion. We could have rebuilt half of the United States. $1.5 trillion. And we’re going to then leave. So, in the old days, you know when you had a war, to the victor belong the spoils. You go in. You win the war and you take it.”

Stephanopoulos: “It would take hundreds of thousands of troops to secure the oil fields.”

Stephanopoulos: “So, we steal an oil field.”

Trump also points the finger of blame for higher oil prices, not at speculators, but rather at OPEC nations. Trump claims that OPEC is directly responsible for setting oil price, and President Trump would move to forcibly provoke OPEC nations to lower prices (although he gives no clear outline as to how this will be done).

Donald Trump also believes that domestic U.S. oil production should be boosted, but shows little sympathy for the long-term consequences of oil spills like BP’s Deepwater Horizon catastrophe in 2010. “I think it’s incredible that we’re going slow on drilling… It’s beyond anything I’ve ever seen. There’ll always be problems. You’re going to have an oil spill, but you clean it up, you fix it up, and it will be fine.”

There is, however, some glimmer of sanity to Trump's non-oil energy ideas. He explains in an interview on Fox News Insider that the United States is the “Saudi Arabia times one hundred of Natural Gas.” While natural gas certainly has its issues—namely gas shale fracturing polluting groundwater supplies—it is a viable solution to U.S. energy security, and developing natural gas infrastructure can accelerate more sustainable options like waste and algae-derived biogas.

When it comes to nuclear, “President” Trump would still actively pursue nuclear energy, despite the situation unfolding in Japan. Although he does stress the need to be “careful” in nuclear development, especially in earthquake prone areas like California, which is “certainly a ground-zero type site.”

So if you want to continue down the path of imperialism, vote for Trump in 2012! We’ll be sure to kill off plenty of young American troops in securing more cheap dirty fuel until it all runs out, all the while murdering countless innocent civilians abroad (but don’t worry, they’re not American, so they don’t matter right?). An all out oil war will arise between the U.S. and OPEC nations, and World War III will finally be realized. Or, you can vote for a sensible human being (not necessarily Obama mind you) whose sole concern isn’t the size of their pocketbook. Someone who will invest U.S. dollars and fuel reserves not into the war machine, but rather, into rebuilding U.S. infrastructure around sustainable, lasting principles. If the U.S. had spent the $1.5 trillion it did on the Iraq conflict on sustainable infrastructure development in the first place, we wouldn’t need to go occupying other countries. The U.S. can shine as a beacon of progress that the world can look up to, or revert to brutal tactics of international subversion, as has been the historic norm. Under a Trump presidency, expect the latter.