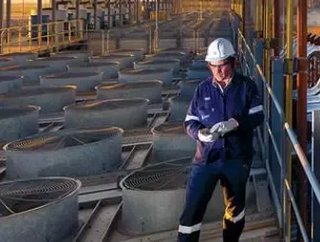 Sasol and the Central Energy Fund (CEF) have signed a memorandum of understanding (MoU) to collaborate on accelerating the development of gas solutions in South Africa, it has been announced.

This agreement brings together two of South Africa’s leading firms in its gas industry, with a large amount of experience in operating across the gas value chain, from exploration to downstream operations, a statement said.

"At the core of achieving our strategic mandate of ensuring security of supply is domestic job creation and an approach to the just energy transition that fosters increasing domestic value addition,” said Dr Ishmael Poolo, Group Chief Executive of CEF.

“In this regard, gas remains a critical component in our country's just energy transition journey, and our continued collaboration with Sasol in unlocking growth in the gas space remains critical for us in contributing to the achievement of an optimal energy mix.”

“Sasol has had a long-standing relationship with CEF through our well-established partnership in the Republic of Mozambique Pipeline Company (ROMPCO) pipeline and looks forward to commencing this next stage of growth in gas together," added Mabelane.

South Africa is considering pathways to enable a just energy transition and gas is a significant contributor to the country’s energy mix, and its importance is only expected to grow. Amongst the key focus areas will be future gas supply options, as well as enabling infrastructure critical to sustain and grow the gas market.

Both companies will explore developing multiple low-cost gas import locations around the country.

"Gas is instrumental in enabling a just energy transition in South Africa and requires immediate attention to introduce additional supply to South Africa. Currently, the country's gas supply comes from the Pande-Temane gas fields in Mozambique, which will need to be supplemented in the long term, as these reserves begin to mature," said Mabelane.

Both Sasol and CEF have dedicated resources, overseen by a senior level steering committee, to collaborate in exploring options to develop and expand the Southern African natural gas market, the statement added.

Preliminary global benchmark case studies indicate that countries experiencing growth in demand for gas have opted for increasing the number of import locations to serve regional markets via pipeline.

A successful example is India, which currently has six liquefied natural gas (LNG) terminals in operation, with another four currently under development to become operational by 2023. This approach has significant potential for socio-economic development around these import locations, the statement concluded.