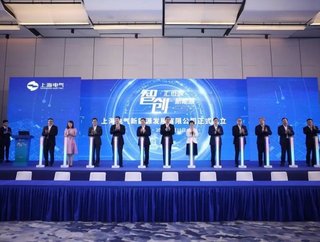 It has been building new comprehensive power systems and a complete solution for futuristic zero-carbon industrial parks in a move to take the lead in helping the Chinese government achieve its decarbonisation goals.

The Chinese government's carbon peak and carbon neutral policies, also known as the dual carbon goals, is a systemic change that is expected to have a broad and profound impact on both the economy and the whole of society while building a zero carbon society.

As a response to China's 14th Five-Year Plan, the company has developed a roadmap that focuses on the development of wind, solar, hydrogen and storage energy projects, alongside industrial intelligence, high-end medical equipment, and other new businesses.

The establishment of the renewable energy entity is a vital step in the right direction. The new company has received a total investment of RMB3bn, including RMB2bn from Shanghai Electric Group and RMB1bn from Shanghai Electric Wind Power Group each, and is aimed to become the most integrated and innovative provider of renewable energy projects and full lifecycle services.

With the domestic market as the initial area of expansion and an eye on expanding into international markets, Shanghai Electric New Energy Development will be committed to building a full lifecycle service platform for a renewable energy future by developing wind, solar, storage, thermal and hydrogen energy projects, as well as expanding the source-grid-load-storage integrated business.

In future, Shanghai Electric intends to focus on promoting industrial intelligence and the application of technologies while facilitating interactions between the energy and the industrial internet.

Furthermore, the company plans to advance sustainable industrial development globally through the use of technologies by collaborating with government-owned parks, business customers, venture capital firms, technology partners and financial institutions.