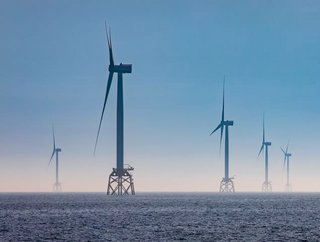 The company, which owns and operates three of Britain’s electricity networks, will increase its capital investment by two thirds – £1 billion more annually – to support the global push to decarbonise.

The new programme will see SSE enable delivery of over a quarter of the UK’s 40GW offshore wind target by 2030 and over 20% of the necessary upcoming electricity networks investment in the UK, as well as continuing its international expansion.

In a statement, SSE said today’s announcement will maximise its long-term potential and capture growth opportunities during a critical time for the energy sector, creating jobs, delivering on government ambitions, and creating value for society and shareholders.

The programme will be supported by further partnering in renewables and up to 25% minority stake sales in SSEN Transmission and SSEN Distribution. With electricity demand set to more than double in the transition to net zero, SSE sees significant growth potential in these core networks businesses and selling minority stakes will enable it to unlock this growth to the fullest whilst maintaining an attractive balance of capital allocation across the Group.

SSE has also set out today a new, growth-enabling dividend plan from 2023/24, paying at least £3.50 per share across the five years. Correspondingly, after fulfilment of existing commitments to 2023, SSE will rebase its dividend to 60 pence in 23/24, before targeting at least 5% dividend increases in 24/25 and 25/26.

The company has also set out a series of ambitious targets for the next decade to 2031. These include delivering a fivefold increase in renewables output, increasing renewable and other low-carbon generation capacity to more than 16GW, including new flexible technologies such as carbon capture and storage, hydrogen and batteries.

SSE has also confirmed revised greenhouse gas emission targets aligned with a 1.5°C pathway, backed by the Science Based Target Initiative. Its new targets for scope 1 and 2 absolute emissions cut in half the previously planned emissions for 2030.

“The Board believes these plans represent the optimal pathway for SSE, positioning it as the UK’s clean energy champion with the scale to enable the delivery of over 25% of the UK’s 40GW offshore wind target and over 20% of upcoming UK electricity networks investment, deploy flexibility solutions to keep the lights on, whilst exporting its renewables capabilities overseas. SSE is creating long-term value for all of our stakeholders," it said in a statement.

Recent analysis SSE commissioned from LCP outlined there are up to £20 billion in cost savings by 2050 by moving to a electricity market design which values all low carbon generation equally.

"The challenge for policymakers is how, and when, to deliver the long-term reforms that are needed while maintaining the current momentum on low-carbon investments. It’s not an easy task, but a clear and predictable timetable for changes will be key," wrote Alistair McGirr, Head of Strategic Policy and Academic Partnerships.

The new investment programme was announced alongside SSE’s financial results for the six months to September, in which it reported £174.2 million pre-tax profit, up 30% year-on-year. Operational highlights included:

SSE's announcement draws a line under reports that the company should break up following pressure from Wall Street activist fund Elliott Management.