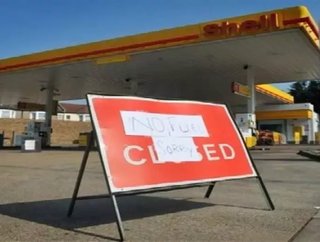 Fuel pumps in London are running dry as Britain&#39;s government faces a crisis of its own making. After advising the public to stock up on fuel in th...

Fuel pumps in London are running dry as Britain's government faces a crisis of its own making. After advising the public to stock up on fuel in the event of a strike by fuel tanker drivers, the panic-stricken public began draining gasoline stations dry.

Some have even suffered injuries by storing fuel in their homes after the recommendations to set a bit of fuel aside for emergencies. Firefighters in northern England reported that a 46-year-old woman badly burned herself handling gasoline in her kitchen on Friday. She suffered burns to 40 percent of her body.

"This was absolutely a desperate incident and a terrible thing that has happened to this woman," Prime Minister David Cameron said Friday. "My heart goes out to her and her family."

Lawmakers have been slamming the government for evoking what they describe as a needless panic. The government has since warned that it is unsafe to store over 10 liters of gasoline in homes.

A threatened fuel strike is highly unlikely, however. Retailers, motorists' groups and fuel industry officials are receiving a lot of unnecessary blame.

The "government created this fuel crisis and now must take full control," said Brian Madderson of the Retail Motor Industry to Bloomberg. "Panic-buying continues ... with thanks to Francis Maude, many retailers have sold all their small stocks of petrol jerry cans."

The union representing British fuel tanker drivers, Unite, has announced that a strike would be ruled out. Yet, drivers continue to flock to gas stations. Gasoline sales were up more than 170 percent Thursday and diesel sales were up almost 80 percent, according to Britain's Petrol Retailers Association.