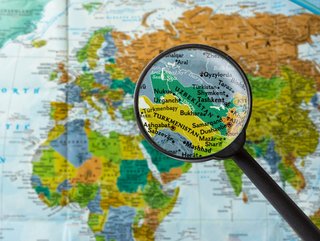 Alongside the thermal power plant, built by the Turkish company Cengiz Enerji, Uzbekistan is to build a 220MW piston gas power plant

A ceremony has been held to mark the commissioning of a 240MW thermal power plant (TPP) in Uzbekistan and construction of a 220MW piston gas power plant.

The TPP, built by the Turkish company Cengiz Enerji, and located in the Kibray district of the Tashkent region, will produce 1.9bn kWh of electricity per year and cost US$150mn.

The separate gas piston power plant, located in the Khavas district of the Syrdarya region, will produce 1.76bn kWh of electricity per year. The US$140mn plant is scheduled to open in September.

The installation of modern energy-saving devices at these two plants will enable savings of 440mn m3 of natural gas per year, for Uzbekistan.

The ceremony was attended by President Shavkat Mirziyoyev of the Republic of Uzbekistan and Turkey’s President Recep Tayyip Erdoğan.

Azim Akhmedkhadjaev, First Deputy Minister of Energy, said: “The thermal power plant and a gas piston plant, both employing the very latest technology, will contribute greatly to the efficiency and capacity of Uzbekistan’s energy production. In total, there are six plants built by Turkish countries in Uzbekistan, four already completed, one new commissioned and another one with construction just started – demonstrating the close Uzbek-Turkish energy cooperation and fortifying the friendship between our two rising nations.”

The Presidents were also informed about two further new thermal power plants, operated and commissioned by Turkey’s Aksa Enerji, in January this year. The two thermal power plants will contribute capacities of 270MW and 240MW of new electricity to Uzbekistan’s grid, and are located in Bukhara and Kibray districts respectively.

The thermal power plants will add total capacity of 4.2bn kWh of annual electricity production. With the amount of natural gas saved Uzbekistan’s energy producers will be able to generate an additional 1.9bn kWh of electricity annually.

The OPEC Fund for International Development recently announced a US$100mn loan for accelerating Uzbekistan's Transition Program, which will support the country's transition to a market economy by improving resource allocation and enabling private sector investment.

The program includes enhancing the role of the private sector, improving the management of state-owned enterprises, enhancing fiscal transparency and accountability, and increasing economic and social inclusion, particularly for women and people with disabilities.