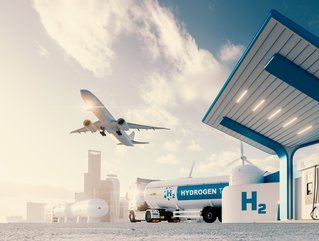 The facility is being built in NEOM, the US$500bn futuristic city being developed in Saudi Arabia

Alfa Laval, the Swedish company specialising in heat transfer, centrifugal separation, and fluid handling, has said that it has signed an agreement to deliver compact heat exchangers to the world’s largest green hydrogen plant, which is being constructed in the Middle East.

In a statement, Alfa Laval said that the facility, which is powered by renewable energy, will be part of NEOM, a US$500 billion futuristic city that is being built from scratch in the north-western deserts of Saudi Arabia.

The city is being built with the ambition of establishing a new model of sustainable living, and according to the International Energy Association (IEA), hydrogen is one of the leading options for storing energy from renewables as it can be kept for days, weeks, or even months.

Therefore, as part of its plans, NEOM will utilise its location and infrastructure to generate up to 4GW of renewable power from solar and wind, and the green hydrogen production facility will utilise approximately half of it. It will be the largest green hydrogen plant in the world and the first installation of gigawatt size, producing 650 tonnes of hydrogen per day. In turn, this will be used to produce 1.2 million tonnes of green ammonia annually.

However, green hydrogen production has its challenges. When purified water is split into hydrogen and oxygen using renewable electricity, it is crucial to keep a stable temperature in the electrolyser to maximise efficiency.

Splitting water into the two gases generates excess heat which needs to be constantly cooled off, which is where Alfa Laval energy efficient plate heat exchanges will be utilised.

“Our business within hydrogen has developed well over the past years and we are today supplying efficient heat exchangers to the various steps of the process; for production, distribution and use,” said Thomas Møller, President of the Energy Division at Alfa Laval.

“With our products and expertise, we will continue to be part of accelerating and scaling this area, which is so important in the race to net zero emissions,” he added.

The NEOM Green Hydrogen Project is the world’s largest utility scale, commercially based hydrogen facility powered entirely by renewable energy. It is an equal joint venture between NEOM, Air Products and ACWA Power.

The project is based on proven, world-class technologies that will include the innovative integration of a combined capacity of around four gigawatts of renewable power from onshore solar, wind, and storage. The facility is scheduled to be commissioned in 2026 and once complete, will mitigate the impact of five million metric tonnes of carbon emissions per year.