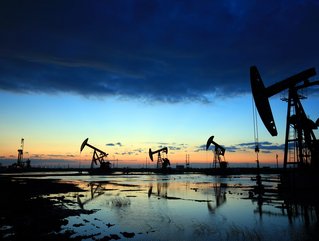 United Oil & Gas recently announced in a press release that, despite the COVID-19 pandemic and oil price volatility, the company is still doing well.

UO&G’s operations in Egypt were given special attention by Brian Larkin, CEO, who expressed pride and satisfaction that important projects were still being delivered successfully during a very difficult time.

These achievements include a gas pipeline in Al Jahraa, increasing productivity by almost double to 8,400 boepd (barrels of oil equivalent per day) and continuing with drilling operations in El Salmiyah.

“United's leadership team has reviewed our business in-depth and have mapped out what we believe is a sensible course through the months ahead. We are focussing on investment which we believe will deliver the most immediate return for our business,” stated Larkin.

A young contender in the industry

Although a relatively new company (it was founded in 2015), UO&G has already managed to establish an exciting range of assets around the world, including the UK, Italy, Jamaica and the aforementioned Egypt.

Despite its global interests, UO&G chooses to keep its primary focus on Europe, owing to the leadership team’s extensive knowledge and previous experience within the region.

The company’s focused and decisive management has granted it steady progression over the years, with frequent block-awards and agreements signed over. So far in 2020, UO&G has managed to acquire exploration company Rockhopper Egypt.

Although the rest of the year will be challenging, this has not deterred UO&G from pursuing its agenda with characteristic vigour: infill-drilling in Abu Sennan, the first production from Selva Gas for later in the year and portfolio growth in Africa and South America are all scheduled.

“The economic and political uncertainty created by COVID-19 and the current low oil prices have created considerable challenges for our industry,” Larkin said.

“United's goal is to focus expenditure where it can deliver immediate benefit, maintain cashflow and emerge from this period of uncertainty in a position of strength, relative to the industry. We believe that this strategy can achieve that.”