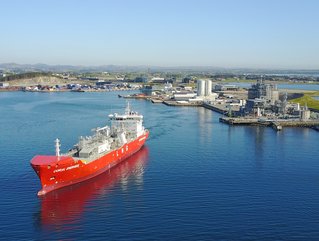 px Group is to operate the Risavika Liquefaction Plant (RLP) in Southern Norway.

North Sea Midstream Partners (NSMP), which acquired RLP in November 2021, selected the group as the operating partner of the plant, which has a capacity of 300,000 tonnes of LNG per year.

The plant, which operates predominantly on electricity produced from renewable sources, takes natural gas produced offshore Norway and converts it into LNG which is then used in shipping, road transport and heating. px Group already operates and maintains the St. Fergus Gas Terminal and Teesside Gas Processing Plant on behalf of NSMP.

The group, which owns Saltend Chemicals Park and operates several critical energy infrastructure sites in the UK, has set up a new operating entity in Norway, px Norge AS.

Geoff Holmes, CEO of px Group, said it was replicating in Europe the close operating partnership it has honed at St. Fergus and Teesside. “We call the way we work together a ‘One Team’ way of operating - we’ll be taking that same close-knit approach to Risavika,” he said. “It’s also our first major LNG site, which is in our capability sweet spot. LNG plays a critical role in the energy mix and is a component in the transition to lower-carbon sources of energy for sectors such as maritime.”

The group takes over management of the 21-strong, local team at Risavika, and has appointed a new Board Director, with operations overseen by Mike Horgan, Managing Director, Onshore Oil & Gas at px Group.

Holmes added it has experienced first-hand Norway’s health and safety and operational excellence, which is always our number one priority. “So we’ll certainly be looking to learn from the team there, and also sharing good practice from px Group’s existing operations,” he said.

“We have been really impressed with the team on the ground at RLP from the outset, and we’re genuinely looking forward to working with them.”

Andy Heppel, CEO of NSMP, said it has worked very successfully together on Teesside since 2012 and at St Fergus since 2016 and so it was a natural step to work again with px at RLP, and it looks forward to expanding its Norwegian business.

px Group also owns the world-renowned Saltend Chemicals Park at the heart of the UK’s Energy Estuary in the Humber, which is home to several world-leading manufacturing businesses such as Mitsubishi Chemicals, INEOS, and Vivergo Fuels.

The group is committed to the Energy and Industrial Transition, and reducing emissions across all its operations, including the sites it manages and operates on behalf of its clients. The company’s dedicated Energy Transition team is engrained across all its client partnerships and service lines.