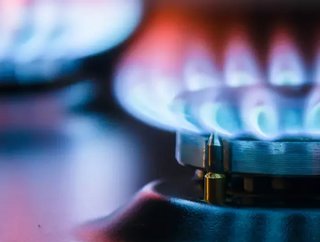 The UK energy industry isn’t having the best year. After the National Grid fires took out a power cable between the UK and France, causing concerns over the country’s supply of electricity, the UK is now facing new challenges regarding its gas supply in the build-up to winter.

Crisis talks are being held by Business Secretary Kwasi Kwarteng regarding the growing fears and mounting pressure on the energy industry to find a solution and fast to the impending rise in the price of fuel sweeping across the country. It all comes after Bulb - a UK energy company - has sought a bailout in an attempt to remain afloat.

“From time to time we explore various opportunities to fund our business plans and further our mission to lower bills and lower CO2,” a company spokesperson said. “Like everyone in the industry, we’re monitoring wholesale prices and their impact on our business.”

Recently, five small operators have succumbed to collapse when faced with the increasing gas and electricity prices, resulting in a daunting half a million customers left ‘supplier-less’, with a further four expected to fail to survive in the next month. In a terrifying prediction, experts at Baringa Partners suggest that there may only be 10 UK energy suppliers left standing at the close of 2021, a dramatic decrease from 70 at the beginning of the year.

It’s expected that the government will introduce measures to ensure energy suppliers are supported in taking on “vulnerable” customers faced with their supplier’s collapse come winter, with an industry leader assuring the Guardian that “sensible conversations about how to manage the exit of less well-run companies” are taking place.

It’s unclear as to how the government is going to handle the energy crisis, with a significant downsize in the UK energy market being sensibly prepared for. The recent injection of small suppliers over the course of previous years has led to many being financially unable to stay afloat when faced with the dire circumstances the industry has been thrust into. And with supply chain issues set to continue for a while, it’s a question of how the industry will survive the winter hit, and how quickly it will be able to bounce back from its battering.